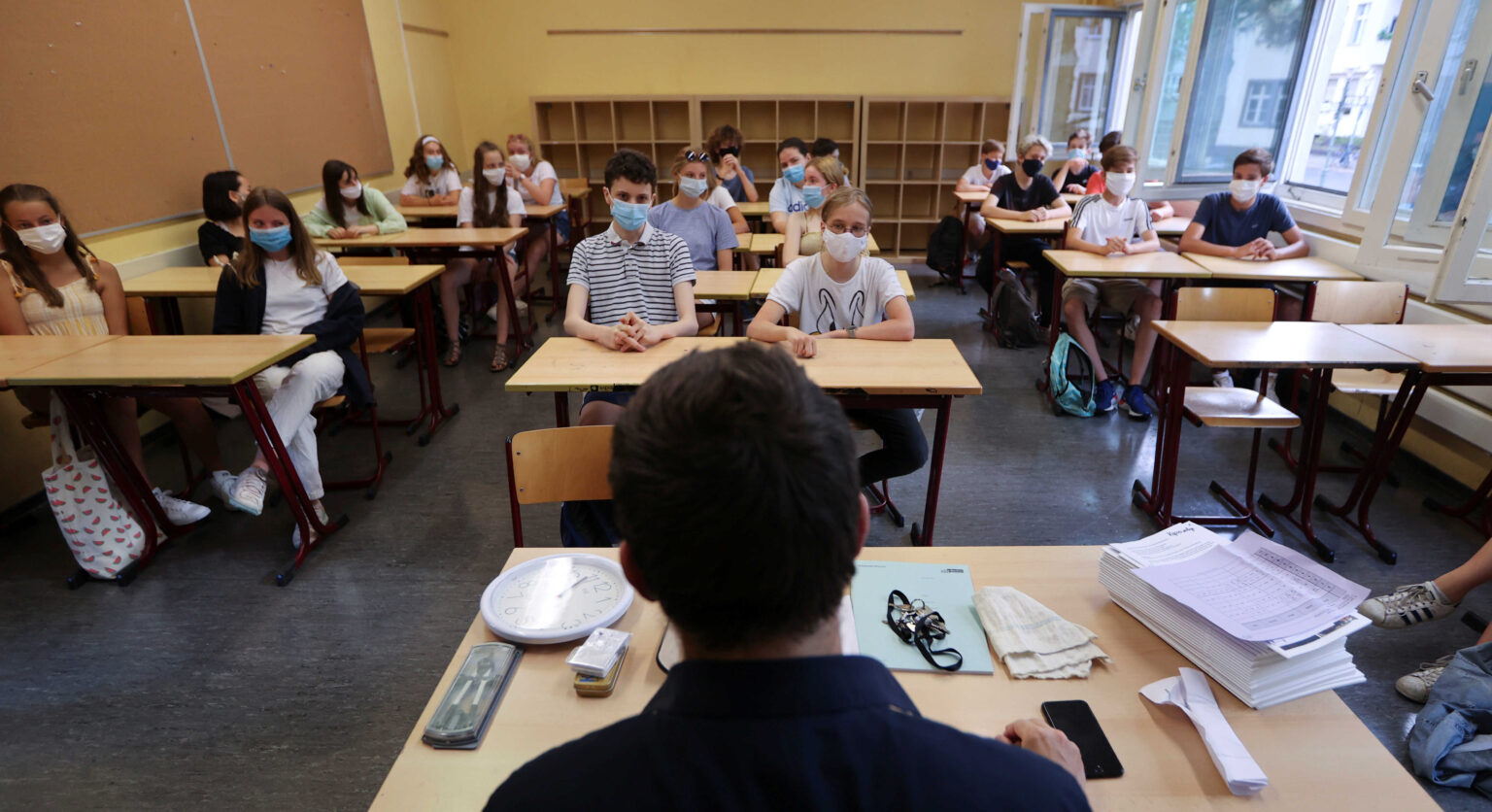 Pupils of the protestant high school "Zum Grauen Kloster" wear face masks during their lesson on the first day after the summer holidays, amid the coronavirus disease (COVID-19) pandemic, in Berlin, Germany, August 10, 2020. REUTERS/Fabrizio Bensch

ENTIRE SCHOOL in Wyoming put on lockdown after one student refuses to wear face mask – and she gets arrested & fined over it .

A 16-year-old high school girl was arrested and her entire school locked down, all over her refusal to wear a face mask. Her arrest caused outrage on the right, and conservatives have started chipping in to her legal defense.

Video footage captured on Thursday showed 16-year-old Grace Smith met with school officials and a police officer when she turned up at the doors of Laramie High School in Wyoming. Smith had already served two consecutive suspensions for refusing to wear a face mask in class – per school board requirements – and again attempted to enter the building unmasked.

She was given a $500 citation by a police officer, then was handcuffed and arrested when she refused to voluntarily leave the school. As Smith refused to leave, a loudspeaker announcement informed students that “we are in a lockdown, please stay in your rooms.”

The arresting officer could be heard telling the teenager that the lockdown is her fault, but the teen refused to leave the building until she was led away in cuffs.

Andy Smith, Grace’s father, told local news outlets that the family has retained an attorney to fight the citations. Later in the video of his daughter’s arrest, Smith tells school district Superintendent Jubal Yennie that the suspensions “are just absurd to me,” and “despicable.”

In the meantime, Grace will be expelled if her suspensions keep adding up, but the teen has no intention of backing down.

Smith’s stand against her school’s mask mandate has drawn the support of conservatives across the country.
The girl’s father has set up a crowdfunding appeal and, as of Saturday, has raised nearly $9,000 to cover his daughter’s legal fees. Her school district is set to review its mask policy next week, but has previously stated that it will only be relaxed once 70% of people in Albany County, where the school is located, are vaccinated. At present, the vaccination rate stands at 49%, according to the Laramie Boomerang.