Home Politics Middle East “Saudi Arabia is a significant country, as is The Islamic Republic of Iran,” said Abdollahian 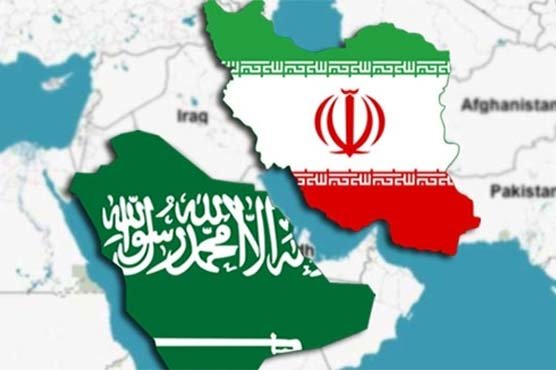 Saudi-Iran talks are on track and may produce results. The discussions were launched under former President Hassan Rouhani, and have continued since President Ebrahim Raisi took office in August.

“We have achieved results and agreements, but we still need more dialogue,” Iran’s Foreign Minister Hossein Amir-Abdollahian said on October 8 in Beirut.  He added, “The role of these two countries in [ensuring the] sustainable security of the region is significant.”

“Iran-Saudi dialogue is in the right direction and we need more dialogue,” he said. “We were not the first to cut ties with Saudi Arabia; the decision was made by Saudi authorities. We consider the dialogue between the two countries constructive.”

Saudi Arabia cut ties with Iran in 2016, following an attack on the Saudi diplomatic missions in Iran, by Iranian protesters reacting to the execution of a revered Muslim cleric, Sheikh Nimr al-Nimr, by Saudi Arabia.

Riyadh has said the talks with Tehran are still in the early stages, and Saudi Foreign Minister Prince Faisal bin Farhan confirmed on October 3 his country had held its first round of direct talks with Iran’s new government last month, saying, “These discussions are still in the exploratory phase. We hope they will provide a basis to address unresolved issues between the two sides and we will strive and work to realize that.”

Most western media sources explain the tensions between Iran and Saudi Arabia as based on the ‘Shia-Sunni divide’.  Both countries have mixed populations made up of both Shi’ites and Sunnis.  The west has long played the ‘divide and conquer policy of political destabilization in many regions, and most notably in the Middle East.

Experts in the region often explain the situation as two powerful countries locked in a fierce struggle for regional dominance, and the religious differences are secondary to the power play, but the west and their media choose to focus on sectarian differences.

Saudi Arabia, a kingdom and home to the birthplace of Islam, saw itself as the leader of the Muslim world. However, this was challenged in 1979 by the Islamic revolution in Iran, which created an Islamic state that included democratic aspects, such as representatives of the people voted in by general elections.  Saudi Arabia is an absolute monarchy, with neither representation nor elections.  The de facto ruler is Mohammed bin Salman, (MBS), the Crown Prince.

The 2003 US-led invasion of Iraq overthrew Saddam Hussein, a Sunni Arab who had stood against Iran. The US demanded that the Shi’ite majority of Iraq be in control of the government.  The US-engineered the new Iraqi constitution as a sectarian document, assigning seats in parliament by religious sects, which is not democratic, and against the American value of the secular separation of religion and state.

The US occupation of Iraq cleared the way for the Iraq-Iran alliance, since both were Shi’ite majorities, and Iranian influence in Iraq has been rising ever since.

In the ‘Arab Spring’ of 2011, the US and NATO attempted to overthrow governments in Libya, Egypt, and Syria. Iran stepped in to support Syria in the resistance to the ‘regime change’ attempt by the US-NATO bloc.  Saudi Arabia supported the US-NATO-backed Radical Islamic terrorists, which the western media dubbed ‘moderate opposition’.

The US wanted to block Iranian control of a land corridor stretching from Iran, through Iraq and Syria, and ending in the Mediterranean. The US-NATO plan ended in defeat, as the Syrian territory has been returned to the central government’s control, and the Syrian Arab Army never crumbled, which the Washington plan had depended on.

Saudi Arabia had exerted political and economic control over Lebanon, in an attempt to contain the Iranian influence there of the Lebanese resistance group, Hezbollah.  In 2017, the Prime Minister of Lebanon, Saad Hariri, who is a Saudi citizen, was detained and forced to resign while on a visit to Saudi Arabia.  The French President Macron and others worked to secure the release of Hariri, who returned to Lebanon and rescinded his resignation.  Hariri was not able to form a government and now lives in the Persian Gulf.

Currently, Lebanon has a new government and is struggling to pull itself out of a quagmire that has faced total state failure: economically and socially.

MBS is waging a war against the rebel Houthi movement in neighboring Yemen, to stem perceived Iranian influence there.  The richest country in the Middle East attacking the poorest.  Iran has denied accusations that it is smuggling weaponry to the Houthis, who are rebels who control the capital Sanaa and are battling the Yemeni government, despite more than six years of Saudi-led military efforts to crush them.

Saudi Arabia has accused Iran of supplying ballistic missiles fired by the Houthis at Saudi territory, which demonstrated Saudi Arabia’s vulnerability after attacks on its oil installations.

Iran is also accused of actions in the strategic waterways of the Gulf, through which oil is shipped from Saudi Arabia, as the two nations share a maritime border.

Israel sees Iran as a serious threat and backs the Saudi effort to contain Iran in the region. Israel and Saudi Arabia were the two countries most resolutely opposed to the 2015 international agreement limiting Iran’s nuclear program, insisting that it did not go far enough to roll back any chance of Iran obtaining the bomb.

The pro-Saudi camp includes the UAE, Bahrain, Egypt, and Jordan.  Peace agreements between Egypt and Jordan with Israel are decades old, while new alliances between Israel and the UAE and Bahrain were signed under the Trump administration.

Iran has dismissed as baseless the allegations made recently by Saudi Arabia and some European states about Tehran’s nuclear program.

“As we stated earlier, the uncontested reality is that so far Iran has adhered to the JCPOA (the Joint Comprehensive Plan of Action) terms while the US and E3 (Britain, France, and Germany) have failed to meet their JCPOA obligations,” said Heidar Ali Balouji, Iran’s representative to the UN General Assembly First Committee, on October 7.

The European countries need to put pressure on the United States to return to the full implementation of the JCPOA and UN Security Council Resolution 2231, according to Balouji.

Nuclear talks in the Austrian capital of Vienna beginning in April have sought to bring the US back into the deal and persuade Iran to assume compliance with the parts of its commitments dropped after US President Trump unilaterally abandoned the accord in 2018, and re-imposed sanctions on Iran.

The occupation of Palestine is the root of all divisions and destabilization in the Middle East.  Syria, Lebanon, and Iran have populations deeply committed to ending the occupation of Palestine, and restoring human rights to the Palestinian people who have suffered decades of abuse and genocide at the hands of the Israeli government. Resistance to occupation is a movement that transcends borders and sectarian identities in the Middle East.

The US attempted to use the Muslim Brotherhood in Egypt and Syria to gain control of the government, and thereby stop the resistance movement.  In both Egypt and Syria, the people fought back to resist the Muslim Brotherhood and their Radical Islamic mercenaries. In 2017, President Trump cut the funding for the CIA program which recruited, funded, weaponized, and trained Radical Islamic mercenaries in Syria.