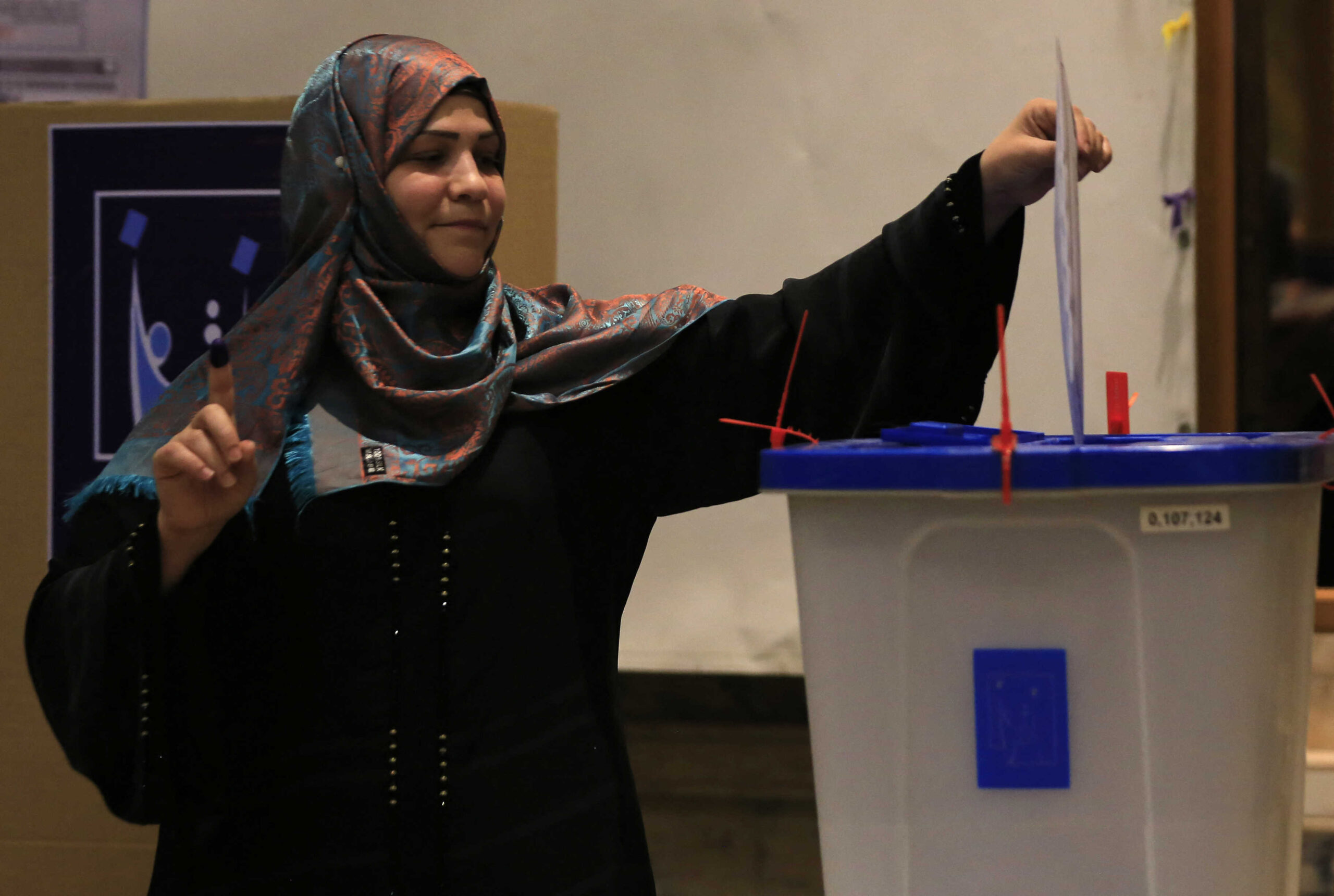 It would be tempting to picture the Iraqi parliamentary elections last Sunday as a geopolitical game-changer. Well, it’s complicated – in more ways than one.

Let’s start with the abstention rate. Of the 22 million eligible voters able to choose 329 members of Parliament from 3,227 candidates and 167 parties, only 41% chose to cast their ballots, according to the Iraq High Electoral Commission (IHEC).

Then there’s the notorious fragmentation of the Iraqi political chessboard. Initial results offer a fascinating glimpse. Of the 329 seats, the Sadrists – led by Muqtada al-Sadr – captured 73, a Sunni coalition has 43, a Shi’ite coalition – led by former Prime Minister Nouri al-Maliki – has 41 and the Kurd faction led by Barzani has 32.

In the current electoral setup, apart from Shi’ite coalitions, Sunnis have two main blocks and the Kurds have two main parties ruling autonomous Kurdistan: the Barzani gang – which do an array of shady deals with the Turks – and the Talabani clan, which is not much cleaner.

What happens next are extremely protracted negotiations, not to mention infighting. Once the results are certified, President Barham Saleh, in theory, has 15 days to choose the next Parliament speaker, and Parliament has one month to choose a President. Yet the whole process could last months.

The question is already in everyone’s minds in Baghdad: true to most forecasts, the Sadrists may eventually come up with the largest number of seats in Parliament. But will they be able to strike a solid alliance to nominate the next prime minister?

Then there’s the strong possibility they may actually prefer to remain in the background, considering the next few years will be extremely challenging for Iraq all across the spectrum: on the security and counter-terrorism front; on the ghastly economic front; on the corruption and abysmal management front; and last but not least, on what exactly the expected US troop withdrawal really means.

The takeover of nearly one-third of Iraqi territory by Daesh from 2014 to 2017 may be a distant memory by now, but the fact remains that out of 40 million Iraqis, untold numbers have to deal on a daily basis with rampant unemployment, no healthcare, meager education opportunities and even no electricity.

The American “withdrawal” in December is a euphemism: 2,500 combat troops will actually be repositioned into unspecified “non-combat” roles. The overwhelming majority of Iraqis – Sunni and Shi’ite – won’t accept it. A solid intel source – Western, not West Asian – assured me assorted Shi’ite outfits have the capability to overrun all American assets in Iraq in only six days, the Green Zone included.Iraqi Parliament Poised to Evict US Troops

To paint the main players in the Iraqi political scene as merely a “Shi’ite Islamist-dominated ruling elite” is crass Orientalism. They are not “Islamist” – in a Salafi-jihadi sense.

Neither they have set up a political coalition “tied to militias backed by Iran”: that’s a crass reductionism. These “militias” are in fact the People’s Mobilization Units (PMUs), which were encouraged from the start by Grand Ayatollah Sistani to defend the nation against takfiris and Salafi-jihadis of the Daesh kind, and are legally incorporated into the Ministry of Defense.

What is definitely correct is that Muqtada al-Sadr is in a direct clash with the main Shi’ite political parties – and especially those members involved in massive corruption.

Muqtada is a very complex character. He’s essentially an Iraqi nationalist. He’s opposed to any form of foreign interference, especially any lingering American troop presence – in whatever shape or form. As a Shi’ite, he has to be an enemy of politicized, corrupt Shi’ite profiteers.

Elijah Magnier has done a sterling job focusing on the importance of a new fatwa on the elections issued by Grand Ayatollah Sistani, even more important than the “Fatwa of Reform and Changes” which addressed the occupation of northern Iraq by Daesh in 2014 and led to the creation of the PMUs.

In this new fatwa Sistani, based in the holy city of Najaf, compels voters to search for an “honest candidate” capable of “bringing about real change” and removing “old and habitually corrupt candidates.” Sistani believes “the path of reform is possible” and “hope … must be exploited to remove the incompetent” from ruling Iraq.

The conclusion is inescapable: vast swathes of the dispossessed in Iraq chose to identify this “honest candidate” as Muqtada al-Sadr.

That’s hardly surprising. Muqtada is the youngest son of the late, immensely respected Marja’, Sayyid Muhammad Sadiq al-Sadr, who was assassinated by the Saddam Hussein apparatus. Muqtada’s immensely popular base, inherited from his father, congregates the poor and the downtrodden, as I saw for myself numerous times, especially in Sadr City in Baghdad and in Najaf and Karbala.

During the Petraeus surge in 2007, I was received with open arms in Sadr City, talked to quite a few Sadrist politicians, saw how the Mahdi army operates both in the military and social realm and observed on the spot many of the Sadrist social projects.

Afterward, he spent a long time perfecting his theological chops in Qom – while remaining in the background, always extremely popular and learning a thing or two about becoming politically savvy. That’s reflected in his current positioning: always opposed to the US occupation forces, but willing to work with Washington to expedite their departure.

Old (imperial) habits die hard. Out of his status of sworn enemy, routinely dismissed as a “volatile cleric” by Western media, at least now Muqtada is recognized in Washington as a key player and even an interlocutor.

Yet that’s not the case of the Asa’ib Ahl al-Haq group, which was born of the Sadrist base. The Americans still don’t understand that this is not a militia but a party: they are branded by the US as a terrorist organization.

US occupation actors also conveniently forget that the way Iraq’s “dysfunctional” Parliament is configured, along confessional lines, is inextricably linked to the project of Western liberal democracy being bombed into Iraq.

Geopolitically, looking ahead, Iraq’s future in West Asia from now on will be inextricably linked to Eurasian integration. Not surprisingly, Iran and Russia were among the first actors to officially congratulate Baghdad for running a smooth election.

Muqtada and the Sadrists will be very much aware that the Axis of Resistance – Iran-Iraq-Syria-Hezbollah in Lebanon – is strengthening by the minute. And that is directly linked to the Iran-Russia-China partnership strengthening Eurasia integration. But first things first:  let’s get an “honest” prime minister and Parliament in place.