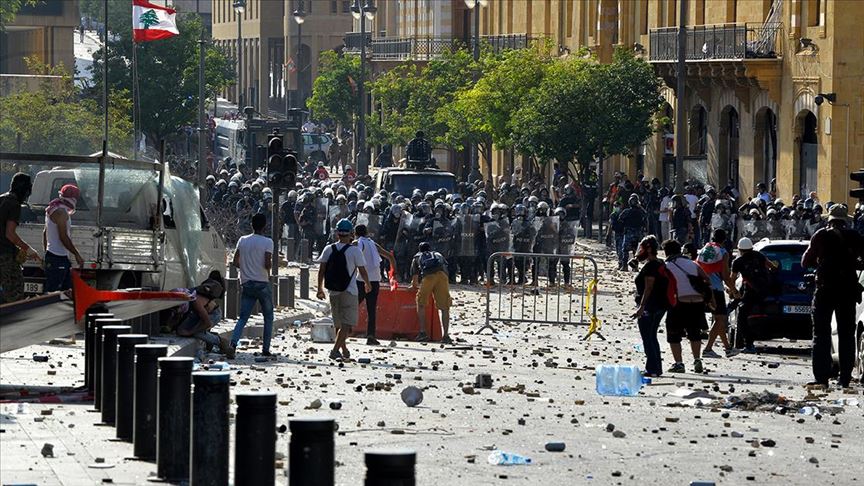 Lebanese President General Michel Aoun held talks with the Lebanese Prime Minister Najib Mikati, the Ministers of Defense and Interior, and the Commander of the Lebanese Army General Joseph Aoun.

Aoun followed up on the security developments amid the events that took place in the Tayouneh area and its suburbs, in order to address the situation and take the necessary measures to restore peace.

The Information Office of the Lebanese Presidency announced that, after consultations between President Aoun and Prime Minister Mikati, it was decided to postpone the cabinet session that was scheduled for this afternoon.

Prime Minister Najib Mikati called on everyone to calm down and not be drawn into sedition.

Mikati followed up with the Commander of the Lebanese army on the measures taken by the army to control the situation and arrest the perpetrators of the attack.

He also held talks with Parliament Speaker Nabih Berri for the same purpose.

The Prime Minister contacted the Interior and Defense Ministers and requested an emergency meeting of the Central Security Council to discuss the current situation.

For their part, Hezbollah and the Amal Movement had issued a joint statement about the attack on the peaceful demonstration in the Tayouneh area and stressed that the attack carried out by armed and organized groups aims to drag the country into intentional sedition.

In a statement, Excellent Jaafari Mufti, Sheikh Ahmed Qabalan stressed that the US embassy in Lebanon and Judge Tariq al-Bitar hold responsibility for every threat to civil peace and security occurring today, and pointed out that Bitar must be isolated, arrested, and questioned.

The Progressive Socialist Party issued a statement that rejected armed manifestations and said that today’s shooting is unfortunate and dangerous, affirming the right to peaceful demonstration within the framework of freedom of expression.

In the same context, The Supreme Islamic Shiite Council in Lebanon strongly condemned targeting peaceful civilians in an armed ambush, holding the army and security forces “responsible for exposing the criminals involved in the bloodshed.”

The council considered the current events an attempt to cause sedition and push Lebanon into chaos and turmoil.

It is noteworthy that Al Mayadeen‘s correspondent in Lebanon reported that 6 peaceful protesters were killed and 60 were wounded after being shot by snipers in the Tayouneh area of ​​Beirut and confirmed that the Commandos Regiment of the Lebanese Army strengthened its deployment in the Tayouneh area to contain the situation.

The security tensions in the Tayouneh area in Beirut came after gunmen opened fire on a number of peaceful protestors in the vicinity of the Justice Palace, who were raising banners against the American intervention in the investigation of the Beirut port explosion and the measures taken by judge Tariq al-Bitar.