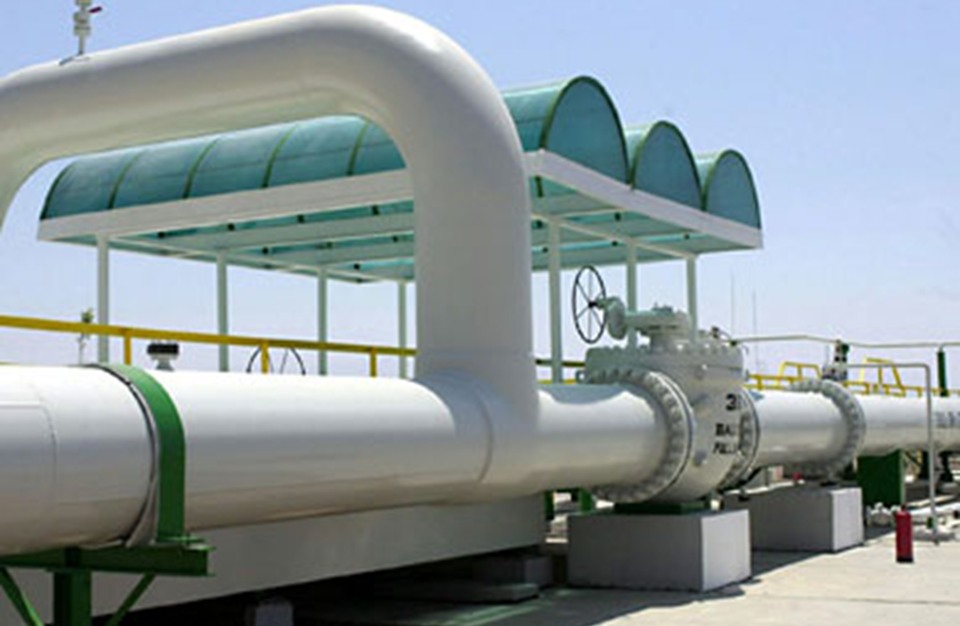 Two questions need to be answered to understand America’s paradoxical behavior towards Syria and Lebanon in recent weeks. Years of US-sponsored asymmetrical warfare have kept these nations in states of chaos and war, but now, quite inexplicably, Washington appears eager to secure vital energy resources for the two states – both still under crippling US sieges – by importing Egyptian gas via Jordan.

Is the US offer aimed at preventing an economic and humanitarian implosion within these nations? Or is this America’s way of advancing stealthy “energy normalization” with Israel so it can become an energy hub supplying the strategic needs of its immediate neighbors?

No other American help is being offered, mind you – just this energy lifeline.

It was not by chance that Jordan’s King Abdullah ‘woke up’ from the decade-long conspiracy against Syria, in which he participated, and started making reparations.

The Jordanian, Gulf, Turkish, NATO, Israeli project – partly conceived in the not-so-secret Military Command Operations (MOC) room in Jordan – to overthrow the Syrian government, defeat the Resistance Axis, and weaken the emerging Russia-China-Iran front, instead crumbled in the face of Damascus and its allies. But this pyrrhic victory was baptized with the blood of hundreds of thousands of martyrs, and the destruction of dozens of cities, fields, factories, infrastructure, ancient monuments, and memories.

Recent conciliatory steps by the Jordanian king towards Syria and Lebanon are little more than a renewal of Amman’s three functional roles as a ‘safe’ American base.

First, there is its upgraded military role that comes with the large-scale inflow of US forces from Qatar and Kuwait. Second, there is Jordan’s more visible diplomatic role, which allows the US embassy to activate its plans and host regional meetings. Third, is Jordan’s economic role: easing the way for major US companies to control new energy sources and manage their supply – all while Jordanians themselves drown under stifling taxes and high commodity prices demanded by the IMF.

Meanwhile, Hezbollah’s deepening regional strategic depth has pushed hard into Washington’s comfort zone. So the US is now eyeing Jordan as the alternative Lebanon in the Levant, a possible entry point into making highly profitable economic and political reparations within the Syrian state, and a base from which to hinder Chinese-sponsored Silk Road connectivity projects.

Rehabilitating Syria would also signal the end of any normalization prospects for Israel. With its war and terror policies exhausted, and its financial and economic siege on Damascus and Beirut well underway, Washington instead wants to ‘contain’ Syria. Supporting Kurdish separatist militias to control and divide Syrian resources is one such tool.

So, the announcement by Hezbollah Secretary General Hassan Nasrallah that he would bring Iranian oil tankers to the Syrian coast quickly prompted US ambassador to Beirut Dorothy Shea to produce an American counter-offer: Lebanon can instead import ‘Egyptian gas’ and ‘Jordanian electricity’ through Syria via a pipeline quite-ironically called the ‘Arab Gas Pipeline.’

For the record, this pipeline is in no way Arab, but can be described as “connecting a number of countries in the Arab world.” In 2003, Syria, Lebanon, Jordan, and Egypt signed an agreement, approved by their respective parliaments, to draw gas through the Arab Pipeline from Al-Arish in Egypt to Syria through Jordan, passing Lebanon and the Syrian coast, and up toward Turkey. An Arab company was to be established to run the project, owned equally by the four countries.

Ali Yousef, former Deputy Director-General of Oil Facilities in Lebanon and adviser to then-Lebanese Energy Minister Abdel Hamid Baydoun, told The Cradle: “The pipeline was built, but the gas was not transferred, the Arab Company was not established, and amendments were made after objections from Prince Hamza Bin Al Hussein (King Abdallah’s brother and former crown prince), as then-Prime Minister Rafik Hariri told us at the time.”

The old agreement contained a key condition that prevented any neighboring countries from joining the project or using the pipelines without the consent of all four partner states. Put simply, the gas agreements signed by Egypt and Jordan with Israel contradicted the Arab gas agreement, and would have transported stolen Palestinian gas from fields adjacent to the shores of occupied Palestine to Egypt and Jordan.

The Boycott, Divest and Sanctions (BDS) movements in Lebanon and Jordan recently issued a statement warning against importing gas and electricity to Syria and Lebanon from Egypt and Jordan, given that this pipeline would carry part of the Palestinian gas stolen by the “Israeli” Occupation. The warning is based on concrete data and indicators, which Hebrew media itself began to disclose in an attempt to frame narratives to its advantage.

If Syrians, Iraqis, and Lebanese are now languishing in complete darkness, it is first and foremost due to the failure of Sykes-Picot, the corruption of the US-allied ruling groups in Lebanon and Iraq, and the systematic destruction of Syrian and Iraqi electricity grids and pipelines by terrorist gangs backed by the Americans and their allies.

The fact that it is an American hand extending the energy offer from Amman and Cairo increases suspicion that this deal’s purpose is normalization-in-disguise for Israel, and an direct link to energy sources controlled by the Occupation and run by US companies. Not to mention US and Israeli interest in undermining Syrian, Iraqi, and Lebanese initiatives to turn eastward for relief, preventing Iran from exporting its oil, and blocking China’s Belt and Road Initiative (BRI).

A number of questions must be answered before evaluating the US decision to ease its economic blockade, known as the Caesar Act, on Lebanon. Especially now that the Americans have learned, first-hand, that tightening the noose around Lebanon hurts their allies much more than it harms Hezbollah.

First, does Egypt have enough gas reserves to export to Lebanon? Where does the Palestinian gas flowing from Ashkelon to Al-Arish go? Is it all shipped and exported to Europe? Or is part of it re-pumped into the pipeline to Jordan?

The tight secrecy over the volume of gas exchange between Egypt and Israel, coupled with information available in the media, indicate that Egyptian production is not sufficient for its own domestic needs. Could this be the reason for Egypt’s decision to buy stolen Palestinian gas at higher prices than the market prices?

Second, the Jordanian–Israeli agreement, signed in 2014, mentions that the export of stolen Palestinian gas from the occupied Leviathan and Tamar fields to Jordan will begin in 2020. The secret provisions of this agreement were revealed by Jordanian MP Saleh al-Armouti in 2019 during a parliamentary session in Amman.

The sale and purchase agreement clearly states that “the natural gas sold and delivered to the buyer (Jordan) under this agreement is mixed with each other and is not transported separately from other gas supplies inside the pipeline.” This means that – were Jordan technically capable of separating Egyptian gas from stolen Palestinian gas inside the pipeline – it would not be able to do so under its agreement with the Occupation. But can Jordan reveal its agreement with Israel to the Syrian and Lebanese markets, even if it wanted to?

It is also no coincidence, here, that US President Joe Biden’s administration has reappointed the architect of the Jordan-Israel gas agreement, Amos Hochstein, an American-Israeli diplomat and creator of the ‘economic normalization’ theory, to mediate the maritime border between Lebanon and Israel. As a soldier in the Israeli Occupation forces in the 1990s, according to his CV, Hochstein “spared no effort in creating solutions” that only serve Israel and its normalization with her immediate neighbors. This focus was particularly directed toward the energy sector, and transforming the Occupation state into an economic hub for the region.

Third, the electrical capacity that Jordan can supply Lebanon, or that Lebanon can sustain, cannot exceed 250 megawatts, which means adding a mere three to four hours of electricity per day, never mind the expected technical problems and waste generated because of the poor condition of Lebanese and Syrian grids.

Syria says that its technicians have revamped 90 percent of its electric network in the south to operate at a minimum level. In Jordan, media reports confirm that at least 40 percent of its electricity is generated with stolen Palestinian gas, which is also a combined production that makes it difficult, if not impossible, to differentiate between Egyptian and Israeli gas as the source of electricity production in the Jordanian network.

How then can populations in Syria or Lebanon be certain that they are not paying for electricity from Israel’s stolen Palestinian gas?

Again, the questions beckon: Is the US extending a helping hand to avoid catastrophe in a Levant it has helped destroy? Or is this an American ploy to exploit energy diplomacy with the intent to back-door normalization with Israel, turn the Occupation into a regional economic metropolis, and trap its neighbors into relationships of dependency? Truthful answers to these questions will provide America with a peek at the Lebanese and Syrian response it can and should anticipate.