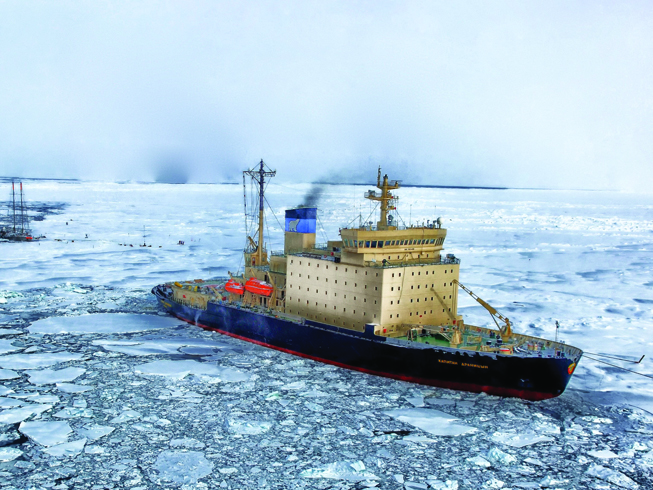 October 18. The organization of the so-called Northern Supplies – goods deliveries to hard-to-reach territories in the Far North – requires federal support and effectively united logistics centers to make the supplies smooth and to cut retail prices, said regional representatives, who participated in a roundtable – Northern Supplies: Improving State Support Mechanisms – at the Federation Council.

“With the purpose to provide the food security in the Far North districts and in the areas, to where the Northern Supplies are made, [it is necessary] to resume the federal support for the Northern supplies. A public-private partnership logistics center or an operator or a number of operators, who would conduct the supplies,” Chukotka’s Deputy Governor Viktor Bochkarev said. The official continued by saying it would be helpful if the Northern Supplies participants could rely on a partial reimbursement of their expenses on buying and building of new vessels to replace outdated ships.

The so-called Northern Supplies are organized to Russia’s 25 regions. However, the prevailing share of goods (85% of consignments and 75% of related costs) is transported to four regions – Yakutia, Chukotka, the Magadan and Krasnoyarsk regions. Every Northern Supply is sufficient to satisfy the demand of about 3 million people.

Though navigation periods in the North sometimes may be limited to two weeks, the marine and river transport are playing an important role in the transportation of goods. Quite often, he said, private transport companies undertake this job when they do not have more attractive offers. For example, in 2021, Chukotka has experienced a shortage of marine vessels and Vladivostok’s port was too busy to handle the region’s cargo fluently.

“Businesses give elementary excuses: “China has opened [borders], and sailing there is quicker for us.” Just compare: taking a 20-foot container to Chukotka is about 250,000 rubles ($3,500), while transporting a similar container to China is already 850,000 rubles ($12,000). Thus, it is clear where all our vessels are,” Chukotka’s deputy governor said.

Yakutia’s Deputy Speaker of the regional parliament Viktor Gubarev suggested returning the federal fund for state support of the Northern Supplies to the Far North. The money could be used to compensate expenses of small and medium businesses, involved in transportation of socially important goods between and inside districts. Additionally, subsidies could be available for companies, supplying medicines and medical equipment.

“Presently, food products are brought to the far-away districts by private businesses; the districts do not have centralized supplies,” acting head of Kamchatka’s government Yulia Morozova said. “Realistically, a business has to make a deal with a vessel, fill it and send out. A major problem is that we do not have regular transport. We have to rely on the time when the ship is packed, when cargo is sufficient for it to sail out,” she said.

How to cut food prices

According to Morozova, the share of transport in retail costs of food, brought in by the Northern Supplies, may reach 80%. One of the solutions could be to organize transport-logistics centers in the Arctic. Yakutia’s Nizhnekolymsky District has a positive experience of using such a center. According to the district’s official Valery Sentyayev, when a kilo of potatoes in the district’s center is 700 rubles ($9.8), in the newly organized retail shops it is available for 74 rubles ($1).

“Next year, trade-logistics centers will be built in five Arctic regions, including in the Nizhnekolymsky District,” he said.

Regional air companies also could participate in delivering food, Sentyakov said. This year, for the first time over recent 30 years, vegetables and fruit have been delivered by air. “This could be also a solution for mail services, for transportation across the tundra, for sanitary flights. This is not expensive. Our institute trains many specialists in aviation, and thus I wish our district had the best air services,” he added.

Kamchatka has lowered the prices by subsidizing transport expenses. In far-away districts, which have participated in the pilot project, food is 30% cheaper. The experiment will continue in another 11 districts, where businesses will receive support from the local authorities and in exchange to that will fix prices according to agreements.

“Best practices do develop and we have been using them, but in this case we need a systematic approach and similar solutions for the North’s all districts. We also hope for development of the Northern Sea Route and for the role of Petropavlovsk-Kamchatsky as a backbone port in its development. And, no doubt, we will support the initiative of our colleagues to adjust the federal legislation accordingly,” Yulia Morozova said.

‘Not US or Russia’: Greece Ex-PM Indicates Main Losers of Ukraine Standoff