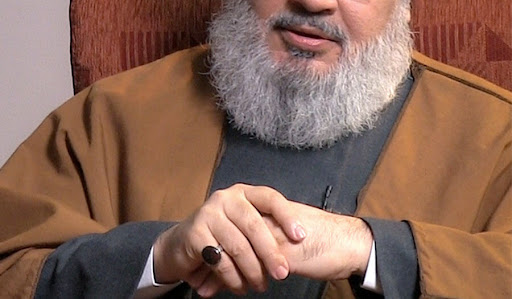 “The real endgame of the Lebanese Forces is to ignite a civil war that would lead to demographic change.”

This is what the Secretary-General of Hezbollah, Sayyed Hassan Nasrallah, revealed in his speech on the recent developments in Lebanon after the Tayouneh ambush.

Sayyed Nasrallah confirmed the desire of a party [The Lebanese Forces] to make “our people in Ain al-Remmaneh and Furn El Chebbak believe that” their surrounding neighbors in the Southern Suburbs are their enemies, decrying the labeling of the murder of demonstrators as “an act of resistance” by some of the LF’s officials.

The Secretary-General pointed out that the head of this party is trying to generate an imaginary internal enemy in the hopes of keeping Christians worried about their local presence, thus spreading desperation in order to anoint himself as “the defender of Christians.”

The LF and its leader were not named previously in order to avoid raising tension, the Secretary-General noted, despite the recurrent insults Hezbollah received from the right-wing party.

Regarding the Tayouneh ambush, Nasrallah declared that it marks a “pivotal point” in the party’s dealing in internal affairs, noting that although “Thursday’s martyrs belong to both Hezbollah and the Amal Movement, the leader of the Forces focused solely on Hezbollah.”

He explained that the appearance of trained armed militants confirms that this is “a fighting militia,” noting that the LF “does not care about the occurrence of a military clash nor a civil war as they both serve its agenda.”

Sayyed Nasrallah said that the Forces Party “offered its services in 2017 to the former Saudi minister, Thamer al-Sabhan, to lead Lebanon into a civil war,” noting that Geagea betrayed his ally former PM Saad Hariri during the latter’s arrest in Saudi Arabia.

He revealed that the head of the LF incited some old allies months ago to confront Hezbollah, noting that “the Forces Party does not renege the old language of war and the language of division, as it has laid the foundation for the recent crime” in Tayouneh.

The Secretary-General of Hezbollah confirmed that “Geagea’s talk of a ‘Christian mini May 7’ incriminates him,” clarifying that all statements issued by the LF and its leader since last Thursday implicate them in the massacre.

Nasrallah also indicated that “we avoided taking security and preventive measures last Thursday given the sensitivity of the region,” noting that “we handed over our necks and blood to the army and the Lebanese state.”

He revealed that the Lebanese Forces Party was “the one who backed the Al-Nusra Front and the Takfiris in Lebanon and Syria,” reminding everyone of Hezbollah’s martyrs who fell in defense of Christian regions in Syria.

Sayyed Nasrallah wondered: “Who stood by the people of villages in the outskirts of Arsal, and who stood by ‘the revolutionaries’ (in reference to Takfiri militants) who were backed the LF?”

He stressed that “Hezbollah was the one who defended the Christians at that time before the Lebanese army was even allowed to intervene.”