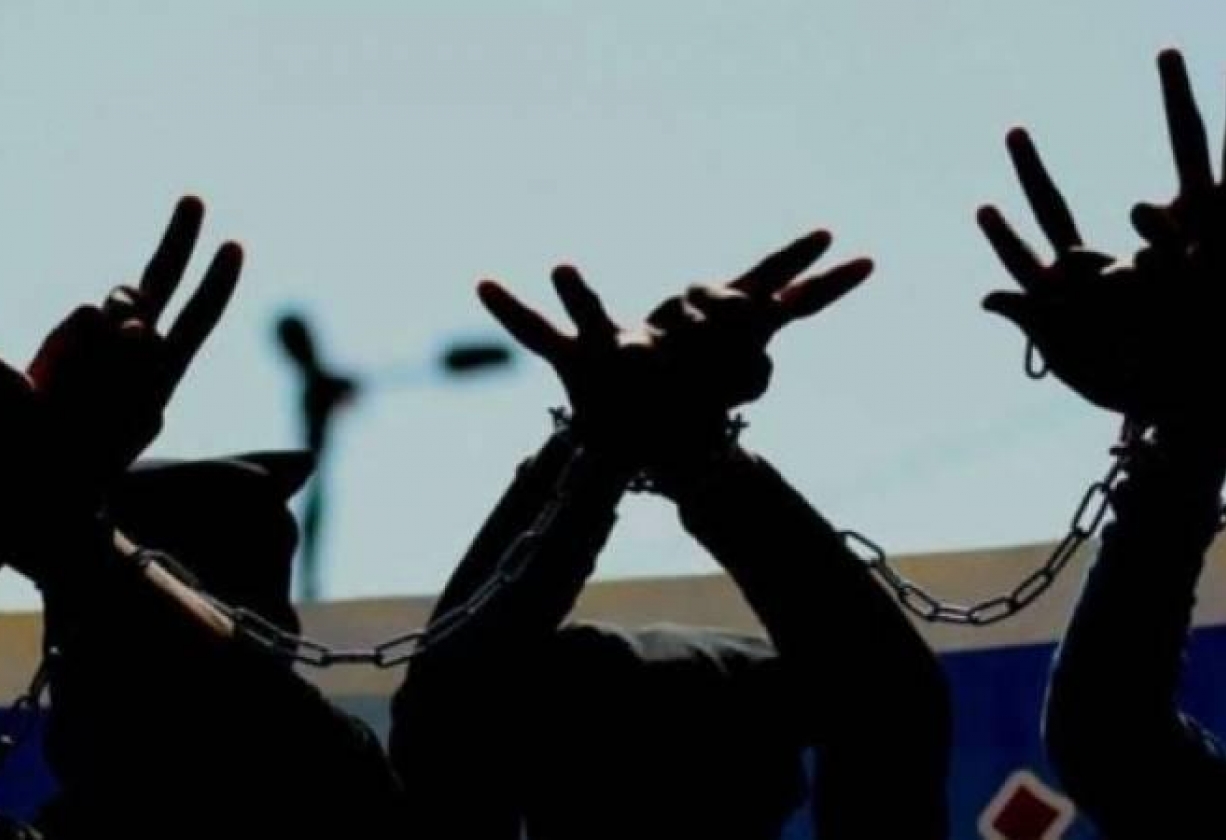 Since the start of the Israeli Occupation of Palestine, imprisonment has been an unnervingly common experience for Palestinians. Furthermore, thousands of Palestinians have been held in administrative detention without ever being charged nor informed of the “crimes” they are accused of committing.

Palestinian prisoners are incarcerated in deplorable conditions and subjected to inhumane treatment. Human rights organizations have documented a variety of physical and psychological abuses, including arbitrary beatings, excessive use of solitary confinement, and denial of family visits for years. The United Nations have acknowledged that some techniques used during prisoner interrogation amount to torture.

Palestinian prisoners are not just numbers. They are humans forcefully cramped in dark cells “unfit for human residence,” subjected to illegal punitive measures – those include being tied to their beds for hours or even days at a time, segregation from other prisoners, and subjection to unjustified, non-consensual strip searches, according to a report published by Israeli media. Prisoners prefer sleeping on the floor due to bedbugs in the mattresses, between walls moldy and crumbling, as mice and rats infest the cells. As they suffer in abysmal conditions, strict routines govern every aspect of their lives.

If worst comes to worst

Earlier this month, “Israel” announced plans to worsen the already-dreadful conditions in Israeli jails with the most recent series of gross collective penalties following the “inconcealable” Israeli failure – the heroic escape of the six Palestinian prisoners.

However, the horrific conditions under which thousands of Palestinians are held in Israeli jails – which itself is a violation of the Fourth Geneva Convention – are at a stage that can only be described as inhumane. “Israel” fails to provide prisoners with the minimum standards set by international and humanitarian laws.

Palestinian prisoners, who experienced every form of physical and psychological torture, are completely stripped of their personal needs under extremely dire and inhumane living conditions in retaliatory and punitive measures, according to a recent report published by the Addameer organization.

Prisoners affiliated with the Islamic Jihad movement are being especially subjected to harsh repressive measures. They were forced apart, transferred to various prisons and punished with an around $13,000 fine as well as a prohibition from outside visits and access to the canteen, the report added.

“Israel’s” maximum punitive measures on Palestinian Prisoners include a policy which doesn’t allow the prisoners out of the prison yard without handcuffs and leg cuffs, subjecting them to constant harassment and searches, denying them their right to see their families, and prohibiting them from purchasing basic prison groceries, according to Addameer Organization.

Furthermore, Palestinian prisoners suffer from acute mental health problems due to overcrowding and lack of sunlight. In some cases, 50 prisoners were held in a cell as small as 3m by 3m, according to the same report. They have little or no access to medical care. Prisoners frequently lose their lives as a result of completely preventable medical problems.

This heinous treatment is intended to break the will and the spirit of Palestinian prisoners resisting ongoing Israeli atrocities and harsh repressive measures – they resist with legendary steadfastness and unfathomable sacrifices.

In captivity, the fate of Palestinian prisoners is intertwined with their empty stomachs, the sole weapon in their possession which paints a stark reality of the cost of resisting Israeli oppression.

Palestinian prisoners who are deprived of the usual forms of protest [petitions, open letters, or simply freedom of expression in such situations] resort to launching a collective hunger strike which is the only means of protesting. On Oct 4, the Palestinian Prisoners Club said prisoners initiated a gradual resistance program in protest of maximum Israeli punitive measures since the Sept. 6 Gilboa prison escape.

On salt and water

7 Palestinian prisoners suspended their food intake with one of them on a hunger strike for 96 days to gain their basic rights in accordance with the rules of international law and international humanitarian law.

In general, prisoners are subjected to a significant period of total voluntary fasting for a specific purpose. The reasons for a hunger strike are as diverse as the situations in which they occur. There could be a broader – or political – reason for it. Specific demands may be made regarding prison conditions or the judicial process.

A Palestinian prisoner has no desire to forfeit his life; rather, they wish to improve their lives by obtaining something for themselves, their inmates, their country, or their cause.

What does a hunger strike do to the human body?

Not even salt and water

The first round of negotiations between the Israeli Prison Service and representatives from the leadership committee of Islamic Jihad prisoners failed due to the Prison Service’s obstinate refusal of some demands. The Palestinian Captive Movement had decided to raise the preparedness of prisoners in case of any new developments.

Furthermore, captive leader Mona Qa’adan is joining the hunger strike, along with other female prisoners of the Islamic Jihad movement.

The movement also affirmed that all 60 Islamic Jihad prisoners are demanding the Prison Service to allow them to join other hunger-striking prisoners, stressing that they will not be left alone against their jailor.

The Palestinian Captive Movement has also stated that the prisoners will go on “dry” strikes this week – with no intake of water either. According to the International Committee of the Red Cross (ICRC), a dry strike could quickly cause serious and possibly irreversible health problems.

On its account, the Mahaja al-Quds Foundation reports the deterioration in the health of the two Palestinian prisoners already, Mohammad Amoudi and Hosni Issa, due to the Israeli Prison Authority’s policy of neglect.

Additionally, the Supreme Leadership body of Hamas Prisoners has recently indicated that all prisoners stand united in the face of the Prison Authority’s punitive measures, especially those imposed against Islamic Jihad movement prisoners.

On his part, the Islamic Jihad leader in Gaza, Khader Habib, told Al Mayadeen on Monday that the movement has communicated with Egyptians in order to add pressure on the Israeli occupation to stop its assault on prisoners, adding it might resort to field actions.

Palestinians have been resisting the Israeli occupation will all available means since the beginning of the twentieth century with the aim of liberating their country from a colonial entity. Though, their empty stomachs rumble; the world has deafened its ears and ignored their resistance, struggle, and ultimately, their near martyrdom.