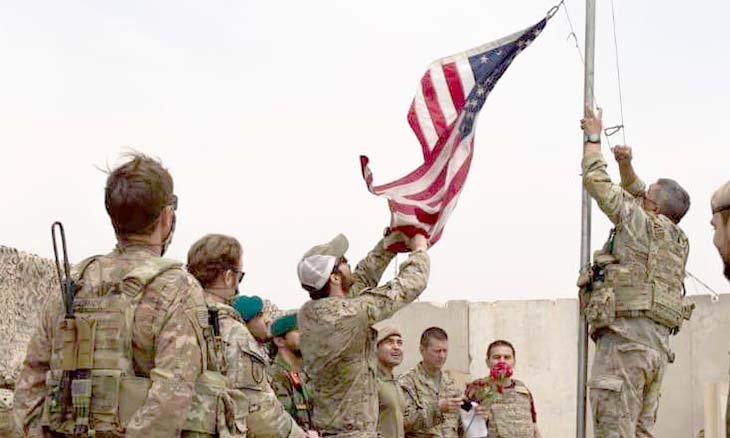 Hassan Kazemi Qomi, Iranian president’s special envoy for Afghanistan said, “Afghanistan is in a complicated and critical situation and the 20 years of American occupation yielded no results but killing, aggression and destruction for the oppressed people of the country.”

“Under such circumstances, we witness a new wave of terrorist attacks and the killing of the oppressed people of Afghanistan, which can be seen as a continuation of the American strategy in the region,” he added.

Kazemi Qomi also noted, “The escape of US troops from Afghanistan coincided with the ISIL incursion into the country, and the fact that we see a new wave of terrorist acts again means that after the occupation failed, the Americans are waging a proxy war against the oppressed people of the country.”

“Afghanistan is still important to the Americans because they think that they can create security problems for countries like China, Russia and our country by means of terrorist groups,” the Iranian diplomat added.

He also pointed out, “The Americans want instability and security anarchism to spill over to the neighboring countries, including Iran.”

Kazemi Qomi also pointed out that Afghanistan is part of the Persian civilization, therefore its security is highly important to Iran.

The diplomat also said, “Given the situation in Afghanistan, the Taliban is a reality in the country, a reality that rules over the capital and is in charge of the security of the country.”