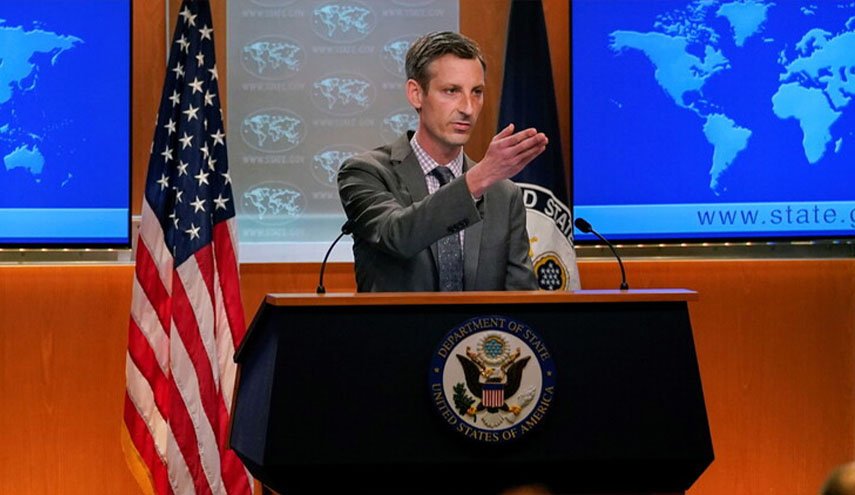 Journalist: To end war, prosecute US, UK officials who wage it illegally

The world must finally put an end to the impunity of war criminals by holding US and UK officials responsible for launching the illegal war on Iraq, done without the approval of the UN Security Council, and prosecuting them under the Nuremberg principles, American journalist Don DeBar said.

DeBar made the remarks in an interview with Press TV while commenting on a report which has revealed that British military inquiries into abuse against Iraqi nationals have been closed without a single prosecution being brought, even though the credibility of many “shocking and shameful incidents” during the war in the Middle Eastern country have been confirmed.

British Defense Secretary Ben Wallace said in a statement this week that the Service Police Legacy Investigations, which was looking at claims of abuse in Iraq, had now “officially closed its doors.”

In March 2003, the US and Britain invaded Iraq in blatant violation of international law and under the pretext of finding WMDs; but no such weapons were ever discovered in Iraq.

More than one million Iraqis were killed as the result of the US-led invasion, and subsequent occupation of the country, according to the California-based investigative organization Project Censored.

The US war in Iraq cost American taxpayers $1.7 trillion with an additional $490 billion in benefits owed to war veterans, expenses that could grow to more than $6 trillion over the next four decades counting interest, according to a study called Costs of War Project by the Watson Institute for International Studies at Brown University.

DeBar told Press TV that the Iraq war was illegal from the very beginning.

“It is illegal for a nation to make war on another nation if it does not have the approval of the UN Security Council, if any of those nations are signatories to the original UN Charter. And it’s been adopted – that happened with the US as a charter member of the UN, and it was approved by the US Senate in 1940s. Consequently, the US involvement in Iraq from the beginning, and the UK involvement in Iraq from the beginning, was illegal,” he said.

“And under the Nuremberg standards, which would then apply, each and every death consequent – intentional or not – to either US or UK military action there, or condoning of the US action there by the media or public officials, or any act facilitating that, is an individual war crime. And, by the way, there’s a death penalty for that,” the journalist noted.

“No one will prosecute these people. That’s why I started with the word impunity. And we might bookend with that because that’s the problem. And until the world puts an end to that impunity, until the world sees the major contradiction in all international relations is US, UK, and EU imperialism, then it’s going to continue until this eats our species,” he stated.

A damning White House memo had revealed details of the so-called “deal in blood” forged by former British Prime Minister Tony Blair and US President George W. Bush over the Iraq war.
The document, titled “Secret… Memorandum for the President”, was sent by then-US Secretary of State Colin Powell to President Bush on March 28, 2002, a week before Bush’s summit with Blair at his Crawford ranch in Texas.
The sensational memo revealed that Blair had agreed to support the war a year before the invasion even started, while publicly the British prime minister was working to find a diplomatic solution to the crisis.
The document also disclosed that Blair agreed to act as a spin doctor for Bush and convince a skeptical public that Iraqi dictator Saddam Hussein had Weapons of Mass Destruction, which actually did not exist.
In response, Bush would flatter Blair and give the impression that London was not Washington’s poodle but an equal partner in the “special relationship.”
Powell told Bush that Blair “will be with us” on the Iraq war, and assured the president that “”the UK will follow our lead in the Middle East.”
Blair has always denied the claim that he and Bush signed a deal “in blood” at Crawford to launch a war against Iraq that began on March 20, 2003, that has killed hundreds of thousands of people.
The Powell memo, however, showed how Blair and Bush secretly prepared the Iraq war plot behind closed doors at Crawford.
Powell told Bush: “He will present to you the strategic, tactical and public affairs lines that he believes will strengthen global support for our common cause.”
Powell died on Monday at the age of 84 due to complications from COVID-19.
Both Democrats and Republicans lauded the four-star general as a giant of public service and an African American hero. They praised America’s first Black secretary of state, and his leadership and integrity.
Former US President Donald Trump, however, lambasted the media on Tuesday for what he said was too-favorable coverage of Powell following his death.
“Wonderful to see Colin Powell, who made big mistakes on Iraq and famously, so-called weapons of mass destruction, be treated in death so beautifully by the Fake News Media. Hope that happens to me someday,” Trump said in a statement.
“He made plenty of mistakes, but anyway, may he rest in peace!” Trump added.