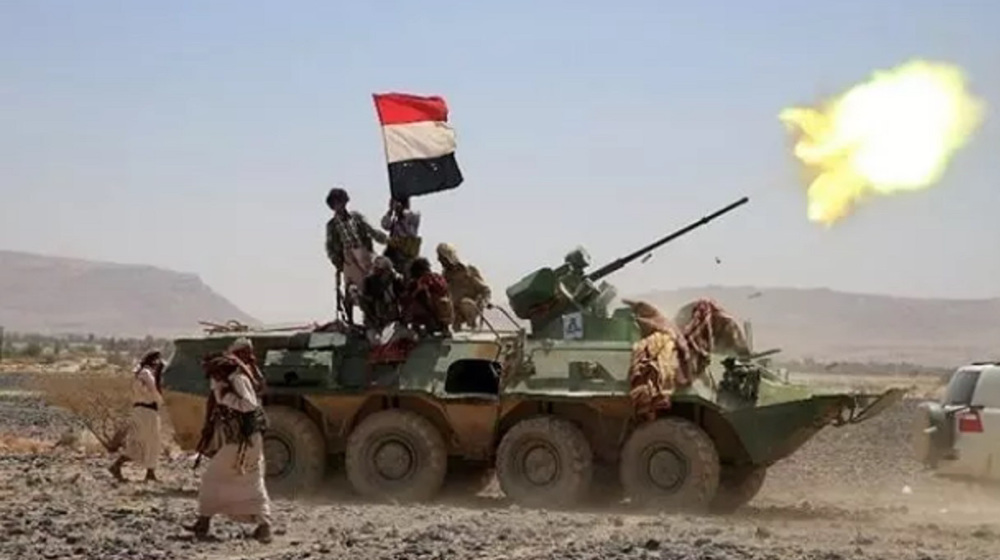 Yemeni army forces, backed by allied fighters from Popular Committees, have made new advances in the country’s central province of Ma’rib, establishing full control over a strategic region south of the provincial capital.

The troops also laid siege to the Jabal Murad district, and are about to launch negotiations with local tribal leaders for the liberation of the area, they added.

Dozens of militants from the al-Qaeda-linked Islah party have fled Ma’rib to neighboring provinces amid advances by Yemeni army soldiers and fighters from Popular Committees.

Sources close to separatist Southern Transitional Council (STC), which is supported by the United Arab Emirates, said a number of top-brass commanders from Islah party have lately moved to the eastern al-Mahrah province, and are trying to establish a new base there to mount fresh assaults on Yemeni armed forces.

The STC lambasted pro-Hadi forces for not being serious about standing against Yemeni army troops and their allies, stating that they have suffered painful humiliations as a result.

The Office of Human Rights in Sa’ada, in a statement released on Friday night, held the United Nations legally and morally responsible for the ongoing crimes of the alliance in the province, saying that the world body’s silence and inaction has emboldened the Riyadh regime and its allies to press ahead with their criminal acts.
“We have detailed documents and reliable data on all crimes committed by the coalition of aggression in Sa’ada province. We are ready to present them all to relevant international agencies,” the statement read.
The non-governmental organization called on media outlets as well as international and regional organizations to assume their responsibility, and put an end to the Saudi-led coalition’s heinous crimes in Sa’ada.

Saudi Arabia, backed by the US and regional allies, launched the war on Yemen in March 2015, with the goal of bringing the Hadi government back to power and crushing Ansarullah. The war has left hundreds of thousands of Yemenis dead, and displaced millions more. It has also destroyed Yemen’s infrastructure and spread famine and infectious diseases.

Yemeni armed forces and the Popular Committees have grown steadily in strength against the Saudi-led invaders, and left Riyadh and its allies bogged down in the country.