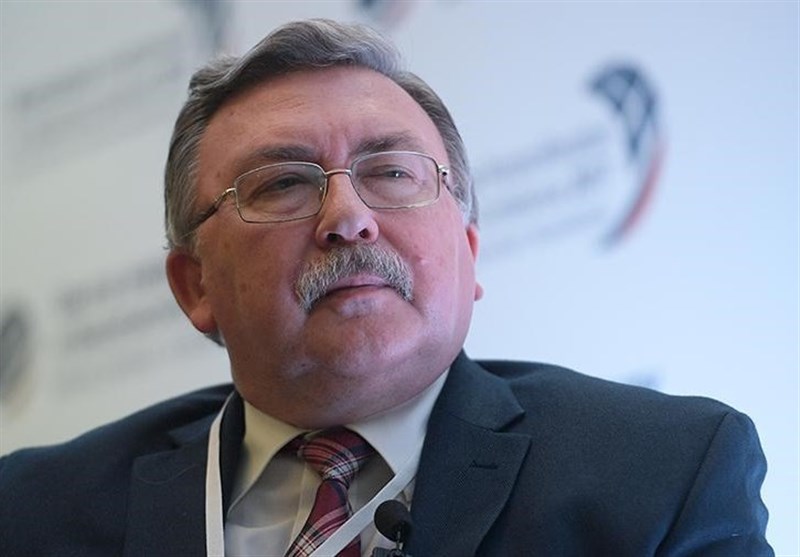 Russia’s ambassador to international organizations in Vienna says Iran’s demand from US administration to guarantee the landmark nuclear deal signed by Iran and world powers in 2015 is not only logical, but also “corresponds … to elementary common sense.”

Mikhail Ulyanov made the remarks in a Sunday tweet while answering to a follower who asked him about his opinion on why the US administration of Joe Biden refuses to guarantee the deal even through his own presidency.

Iran’s Ambassador to the United Nations Majid Takht-Ravanchi told reporters in early July that the Islamic Republic had asked Washington to provide strong guarantees that it will never again withdraw from the nuclear deal unilaterally.

He added that a US guarantee that it will never unilaterally leave the Iran nuclear deal again is vital to a successful conclusion of talks in Vienna on the terms of Washington’s return to the agreement.

Takht-Ravanchi noted that unless some US guarantee of stability was provided, European and other investors would not have the confidence to invest in the Iranian economy.

In his Sunday tweet, Ulyanov said, “This Iranian demand seems to be logical and justifiable, it corresponds not only to diplomatic practice but also to elementary common sense.”
He also posted another tweet the same day, rejecting a follower’s view that “Biden isn’t willing to stick to an agreement,” noting that “the participants in the #ViennaTalks have different views on some topics under discussion, but all of them, including the US, are sticking to the goal of restoration of the #JCPOA in its original form.”
He went further in a third tweet, saying that “the speediest and most reliable way” to lift “illegitimate unilateral sanctions against Iran” is “successful conclusion of the #ViennaTalks on #JCPOA.”
In a meeting with Secretary General of the Economic Cooperation Organization (ECO) Khusrav Noziri in Tehran on Saturday, Iranian Foreign Minister Hossein Amir-Abdollahian said the negotiations between Tehran and the P4+1 group of countries on the removal of US anti-Iran sanctions will be resumed in the near future.

Amir-Abdollahian pointed to the recent talks between Iran and the European Union in Tehran, adding that Iran would resume the negotiations with the P4+1 group (Russia, China, Britain, France, and Germany) soon.

Iran and the remaining parties to the 2015 nuclear agreement, officially known as the Joint Comprehensive Plan of Action (JCPOA), have held six rounds of talks in Vienna, which began after the US administration of Joe Biden voiced willingness to rejoin the nuclear agreement, three years after former President Donald Trump unilaterally withdrew the United States from the deal and reinstated crippling sanctions on the Islamic Republic.

While disagreements on key issues persisted, the participants took a break from the talks after Ebrahim Raeisi emerged victorious in Iran’s June presidential election, and waited for Iran’s democratic transition to take place to continue the talks.

The scope of the sanctions removal and the need for the US to guarantee that it would not ditch the JCPOA again are among the key issues not settled during the administration of former Iranian President Hassan Rouhani.

In recent weeks, there has been mounting pressure on Tehran to return to the negotiating table. The Raeisi administration has announced on several occasions that it will resume the talks only to remove all of the United States’ illegal sanctions and that it will not take part in negotiations for the sake of negotiations.