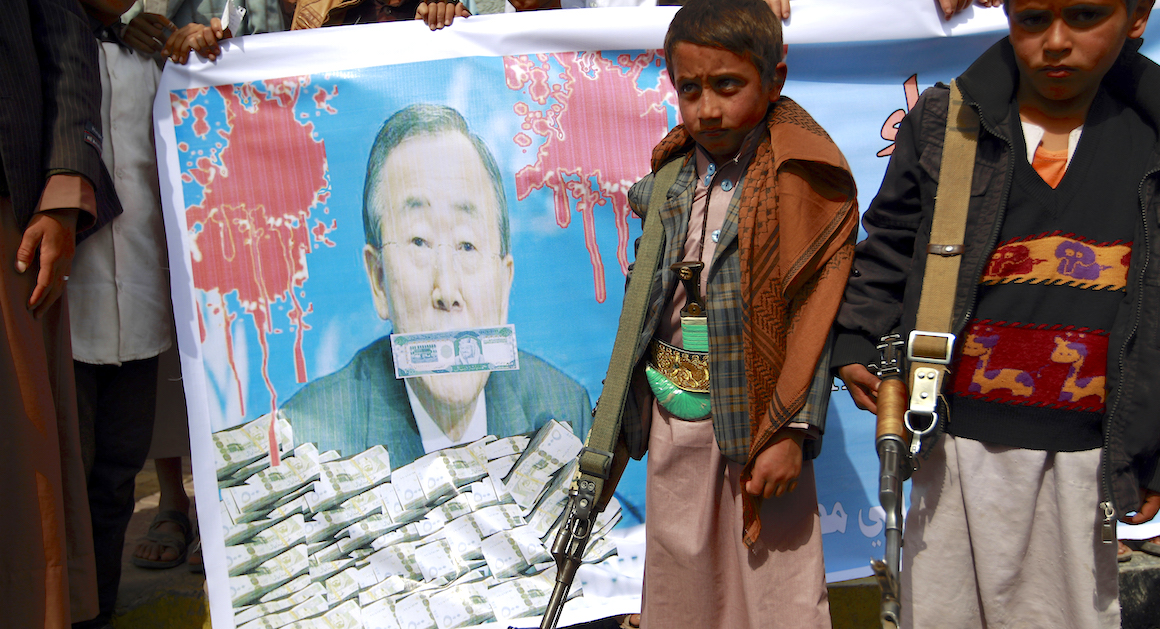 A senior Yemeni official has lambasted the United Nations for what he termed as a political cover-up for heinous crimes being perpetrated by Saudi Arabia and its regional allies in the Arab country, stating that the continuation of such an incorrect policy would amount to a fundamental departure from the international body’s charter.

He also criticized the latest UN Security Council’s latest pro-Riyadh statement, which called for an urgent ceasefire across Yemen and an end to the Yemeni armed forces’ advances toward the last stronghold of Saudi-backed mercenaries in the strategic province of Ma’rib, stating that the “biased” statement was accompanied by Saudi-led airstrikes on ordinary people and civilian infrastructure.

Mashat emphasized that the persistence of such a wrong policy by the United Nations will further increase the resentment and sufferings of the Yemeni people, erode the world body’s role before the international public opinion, and naturally herald a departure from its principles and foundational treaty.

“The Yemeni nation is suffering from a suffocating sea, land, and air blockade, which has affected the lives of more than 25 million people and has directly and indirectly resulted in the death of thousands of Yemenis. This is while the United Nations has been witness to such flagrant violation of international law,” the top Yemeni official pointed out.

Mashat underlined that the Sana’a-based National Salvation Government will continue to cooperate with the United Nations and all international organizations, reiterating Yemeni people’s right to independence and freedom.

“We believe that there is still time for the United Nations to assume its responsibilities toward the Yemeni people and play the leading role according to its charter,” he highlighted.

Two civilians were killed in Mofateh and Ezzah areas of the Monabbih district in Yemen’s northwestern province of Sa’ada, when Saudi border guards fired indiscriminate shots.

Separately, a woman lost her life when an artillery round fired by Saudi mercenaries slammed into her house in al-A’doun village, which lies in the al-Ta’iziyah district of the southern Yemeni province of Ta’izz.

Saudi Arabia, backed by the US and regional allies, launched the war on Yemen in March 2015, with the goal of bringing the Hadi government back to power and crushing the Ansarullah movement, which had overthrown the previous Yemeni government in a revolution. The Saudi war has left hundreds of thousands of Yemenis dead, and displaced millions more. It has also destroyed Yemen’s infrastructure and spread famine and infectious diseases.

In the meantime, Yemeni armed forces and the Popular Committees have grown steadily in strength against the Saudi-led invaders and left Riyadh and its allies bogged down in the country.

Yemeni Foreign Minister Hisham Sharaf also said on Sunday that ending the Saudi aggression on Yemen and lifting the siege against the Arab country are the first logical steps to address the humanitarian catastrophe in Yemen.

During a meeting with UN Humanitarian Coordinator in Yemen William David Gressly, Sharaf said certain Persian Gulf countries, as well as the US and Britain, are responsible for the deterioration of the situation of Yemen and its people and the decline in its social and economic indicators.

Also, the Sana’a government’s Human Rights Ministry denounced the Security Council’s Wednesday statement, saying the Council, via its statement, affirmed its disregard for the UN Charter and the rules and provisions of international humanitarian law.

With taking such a stance, the Council deliberately ignored the violations and grave crimes of the Saudi-led coalition countries in Yemen over the last 2,400 days, the ministry said in a statement, according to Yemen Press Agency (YPA).

Further lamenting the Security Council’s statement, which it said was aimed at legitimizing the war coalition’s grave crimes and encouraging them to commit more massacres, the Yemeni ministry held the Council legally and morally responsible for the atrocities committed by the coalition countries, including the killing of civilians and the destruction of vital facilities, the latest of which occurred last Thursday in Sa’wan area in the capital Sana’a, and the provinces of Sa’ada, Ma’rib and Hodeida.