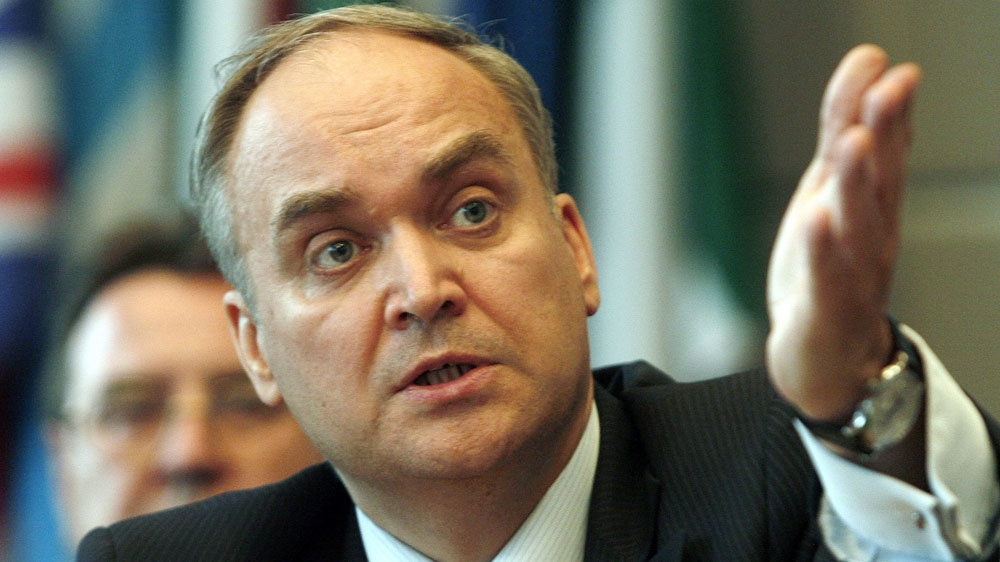 The dialogue on strategic stability is developing in a right direction, it is professional and substantial, Russian Ambassador to the US Anatoly Antonov said, speaking at the International Advisory Council of James Martin Center for Nonproliferation Studies – CNS of Middlebury Institute of International Studies at Monterey (California) Monday.

“On September 30, Geneva hosted the second round of consultations between the interagency delegations led by deputy foreign ministers. The conversation is developing in the right direction and of a professional and substantive nature,” the Russian Embassy’s Facebook page quoted him as saying. “An important result already achieved thus far is the definition of the goal of the strategic dialogue. The two Sides have agreed that it should focus on identifying the parameters of an arms control regime to be built upon the New START Treaty,” the Russian ambassador noted.

According to the diplomat, the delegations managed to resolve organizational issues, among others. “Two working groups have been established to discuss common approaches to prospective arms control instruments, frameworks and goals for the future regime,” he said. “The Sides have also agreed to deal with specific types and classes of weapons, technologies and activities that have an impact on strategic stability,” the envoy added.

The Russian ambassador noted that in this context “the Sides intend to discuss not only specific types and classes of nuclear and non-nuclear weapons capable of performing strategic missions, but also the actions of the Sides that have a ‘strategic effect’.” “It is our understanding that such an approach provides an opportunity for the two delegations to reach a set of agreements and understandings that may have different statuses and include measures in both arms control and risk reduction,” he explained.

The diplomat stressed that from the point of view of the Russian side, there should be no “preconditions” for discussing particular topics in any of the working groups or at plenary meetings in general. “The Russian Side is ready to discuss any national security or strategic stability issues,” he emphasized, expressing hope that the American colleagues would not ignore Russia’s priorities and concerns.

“The two great nuclear powers – Russia and the United States – should treat their bilateral relations carefully. Global strategic stability depends largely on our countries. For a reason, the backlog of problems and irritants accumulated in Russia-US affairs over the recent years is a matter of concern not only for Moscow and Washington, but also for capitals of other states,” the Russian envoy said.

The diplomat also stressed that it was important not to politicize the discussion which is currently of a professional nature. “We understand that over the years of absence of the strategic stability dialogue our countries have accumulated a backlog of questions. However, it is important to focus on the main issues and not to politicize the professional conversation on strategic stability that is gaining momentum. Of course, if the US Side presents its arguments in favor of expanding the dialogue on strategic stability, we will be open to them and will seek to figure out and determine where, when and in what format such ideas can be discussed,” he noted.

Nexus between strategic and defensive arms

According to Antonov, Moscow intends to raise questions regarding the nexus between offensive and defensive strategic arms during its dialogue with Washington.

“We are consistent in our approaches to strategic stability; you will not be surprised by our plans to raise the issues of the nexus between strategic offensive and strategic defensive arms. We would like to reach a more clear understanding between our delegations and countries on this matter. For us it is a critical problem for a next agreement to replace the New START Treaty,” Antonov said.

Earlier this year, Moscow and Washington extended the Treaty on Measures for the Further Reduction and Limitation of Strategic Offensive Arms (the New START Treaty) for a five-year period, until 2026.

Antonov noted, that Russia offers the US to include hypersonic and other precision non-nuclear arms, including drone systems, in strategic dialogue.

“I believe it would be important to talk about hypersonic and other high-precision non-nuclear weapons, including unmanned systems, with an emphasis on those that can be used for strategic missions,” the Russian Embassy’s Facebook page quoted him as saying.

“In addition, we would like to consider quantitative and qualitative aspects of the balance of power between the two countries and their allies in terms of both nuclear and conventional weapons, including the specific of their deployment that affects the strategic equilibrium. As well as situations carrying the risk of armed conflicts between our countries and possible ways to prevent them,” the Russian diplomat noted.

According to the ambassador, the Russian approach in this sphere “is absolutely pragmatic.” “We propose to focus on the weapons that are the most dangerous in terms of undermining the balance of power – namely, on delivery systems capable of hitting targets on the national territory of the other Side in a first strike and on deployed warheads,” he explained.

Russia aims for legally binding agreements on arms control with the US, but does not rule out other formats, Antonov said.

“Like in all past decades, we are determined to reach legally binding agreements, though we do not exclude other formats. It would be unreasonable to predetermine possible results now; we need to sit down and do the work. In other words, a situation where our countries will remain without control mechanisms in the strategic sphere after New START expires cannot be allowed,” the envoy said about the Treaty on Measures for the Further Reduction and Limitation of Strategic Offensive Arms (the New START Treaty).

“Achieving tangible results will send a strong message to the international community about the commitment of Russia and the United States to maintain international peace and security. In addition, a potential outcome will undoubtedly have a positive impact on the stability of the Non-Proliferation Treaty,” he emphasized.

The Russian diplomat also noted “the importance of the use of the New START negotiation experience.” “Eleven years ago, our relations were also complicated, but we managed to single out the key issues and focus on them, find a common denominator and ultimately work out a treaty that is called the ‘golden standard’ in the field of arms control even by our critics,” he added.

The Strategic Arms Reduction Treaty (New START) was signed by Russia and the United States in 2010. The document stipulates that seven years after its entry into effect each party should have no more than a total of 700 deployed intercontinental ballistic missiles (ICBM), submarine-launched ballistic missiles (SLBM) and strategic bombers, as well as no more than 1,550 warheads on deployed ICBMs, deployed SLBMs and strategic bombers, and a total of 800 deployed and non-deployed ICBM launchers, SLBM launchers and strategic bombers. In February 2021, Moscow and Washington extended the treaty for a five-year period, until 2026.