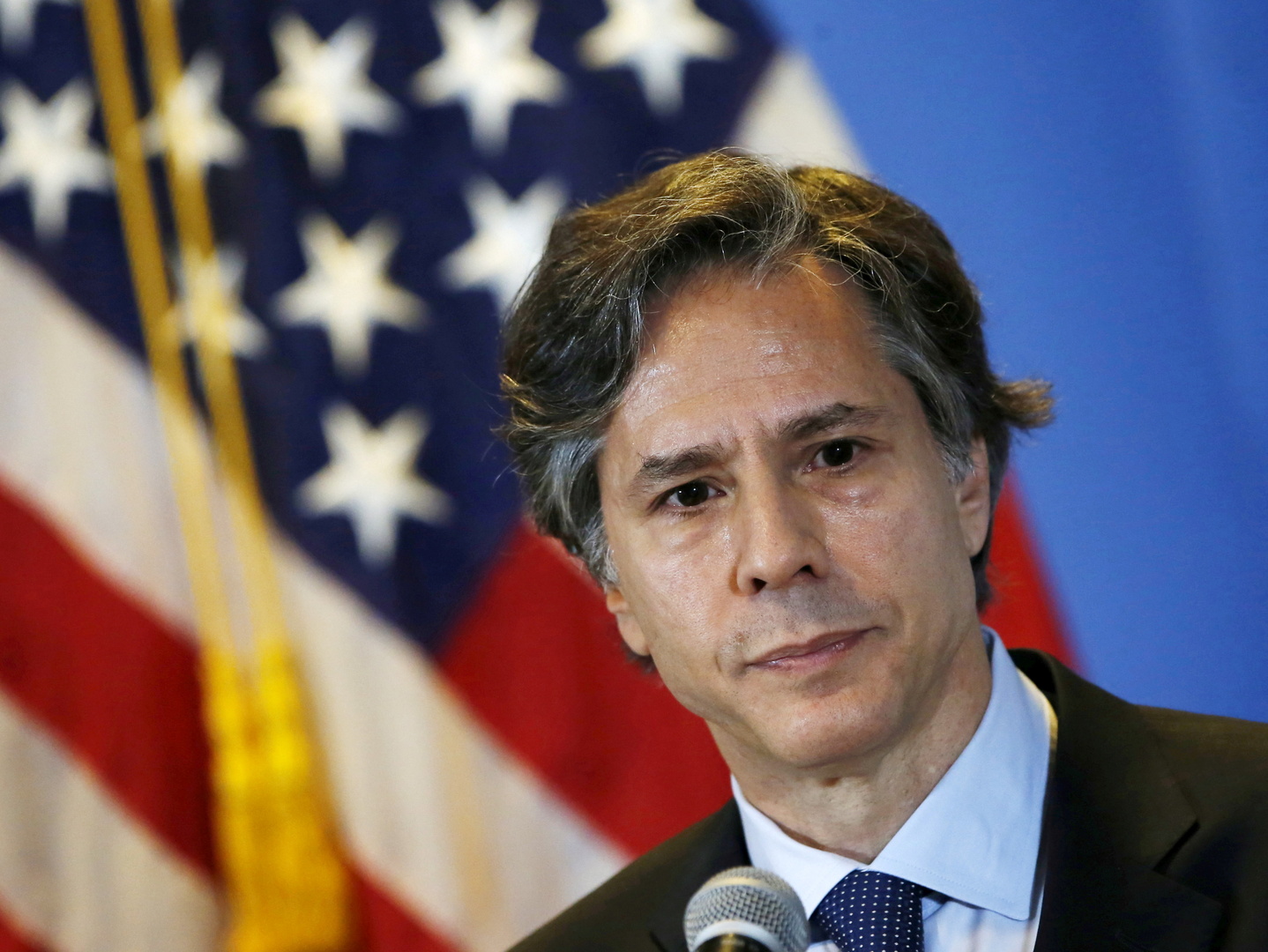 US Secretary of State Antony Blinken condemned on Monday the measures imposed by Sudan’s military forces.

A statement issued by the Department of State read: “We firmly reject the dissolution of the civilian-led transitional government and its associated institutions and call for their immediate restoration.”

The statement added that the “arrest of Prime Minister Hamdok and other civilian leaders is unacceptable.” It also asked the military forces to ensure their safety and “release them immediately,” as these new developments may derail “the country’s transition to democracy and are a betrayal of Sudan’s peaceful revolution.”

The State Department also condemned the use of violence against peaceful protestors, and urged the “restoration of internet services,” calling for a return to the transitional framework laid out in the 2019 Constitutional Declaration and the 2020 Juba Peace Agreement.https://platform.twitter.com/embed/Tweet.html?dnt=false&embedId=twitter-widget-0&features=eyJ0ZndfZXhwZXJpbWVudHNfY29va2llX2V4cGlyYXRpb24iOnsiYnVja2V0IjoxMjA5NjAwLCJ2ZXJzaW9uIjpudWxsfSwidGZ3X2hvcml6b25fdHdlZXRfZW1iZWRfOTU1NSI6eyJidWNrZXQiOiJodGUiLCJ2ZXJzaW9uIjpudWxsfSwidGZ3X3NwYWNlX2NhcmQiOnsiYnVja2V0Ijoib2ZmIiwidmVyc2lvbiI6bnVsbH19&frame=false&hideCard=false&hideThread=false&id=1452795290600214533&lang=ar&origin=https%3A%2F%2Fenglish.almayadeen.net%2Fnews%2Fpolitics%2Fus-state-department-refuses-dissolution-of-sudans-transition&sessionId=73c407d8bfb16b07af9f511a1b84bd067a19df2d&theme=light&widgetsVersion=f001879%3A1634581029404&width=550px

The Department announced on Monday the suspension of assistance to Sudan meant for economic support, as the US had allocated nearly $700 million to assist the country’s “democratic transition.”

Sudan’s Professionals Association had said that the current authority does not represent the revolution, affirming that the power struggle revolves around the division of power and service to foreign powers, and has nothing to do with the people’s aspirations.

The US removed Sudan from its list of state sponsors of terrorism in December 2020, restoring its sovereign immunity after Sudan announced the normalization of ties with “Israel.”