Home Politics Middle East Arslan: Had It Not Been for Sayyed Nasrallah’s Wisdom, Lebanon Would Have Plunged into Civil War 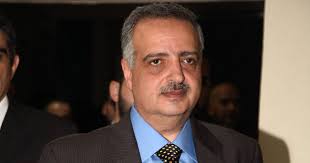 Democratic Party leader Talal Arslan, in an exclusive interview with Al Mayadeen, stressed that “It is not permissible to link the investigation of the August 4’s Beirut Port explosion to the Tayouneh ambush in the capital, Beirut, which occurred on October 14.”

Arslan added, in the Tuesday interview, that “What happened in Tayouneh is not an individual incident, but rather an incident that threatens civil peace and coexistence.”

He considered that “If we do not deal with what happened in a radical way, we might see other similar events to the Tayouneh ambush.”

Arslan expressed his support for the Secretary-General of Hezbollah, Sayyed Hassan Nasrallah, whose response to the Tayouneh ambush “prevented a civil war,” adding that the latter “ensures the resistance is not dragged into internal conflict and violence.”

He reiterated that “Had it not been for Sayyed Nasrallah’s wisdom, the country would have plunged into a civil war.”

Arslan indicated that “The investigations of the army and judicial intelligence confirm that what happened in Tayouneh was a planned ambush.”

Seven peaceful protesters were killed, and more than 60 were wounded as a result of being shot at by snipers in the Tayouneh area of ​​Beirut.

On another note, while Arslan pointed out some heated issues in the present time, he believes that “there isn’t any regional or international decision to blow up the situation in Lebanon.”

He pointed out that “The resistance has been targeted since 2004 following the issuance of International law 1559.”

With regard to the Beirut Blast, Arslan considered that “The investigative judge in the explosion of the port of Beirut took a biased approach in the investigation.”

The head of the Democratic Party addressed the situation in Syria, and said that “There is a political club in the region that has lost its bets, and Syria today is a winner.”

He also noted “Damascus’ assertion, through Al Mayadeen, of not normalizing with “Israel,” is an indication that it acts from the position of the winner.”

He considered that Syrian president Bashar al-Assad’s position is still the same, “peaceful and just.”

Arslan also believed that “Iran’s position in the region is very advanced, and this is reflected in the region’s stability.