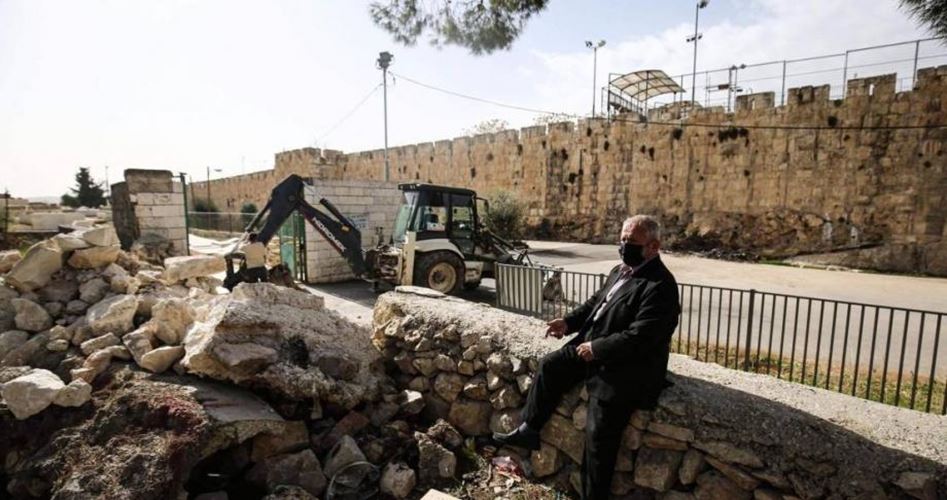 The occupation’s al-Quds municipality resumed on Tuesday digging operations in the al-Yusufiya cemetery in occupied Jerusalem, in order to open a public park.

Occupation vehicles surrounded the land it intends to turn into a park as part of its “Torah Gardens” project. “Israel’s” unethical demolition of the graves is based on claims that the area “belonged to Jews” in old times.

Israeli occupation forces assaulted residents opposing the demolition of the Islamic cemetery, and the defacing of the graves and headstones of their children.

In a related context, settlers stormed the al-Aqsa Mosque under the protection of Israeli occupation police.

Al-Quds israeli_OCCUPATION Palestine
Previous ArticleArslan: Had It Not Been for Sayyed Nasrallah’s Wisdom, Lebanon Would Have Plunged into Civil War
Next Article Eleven Martyred In ISIS Attack Northeast of Baghdad