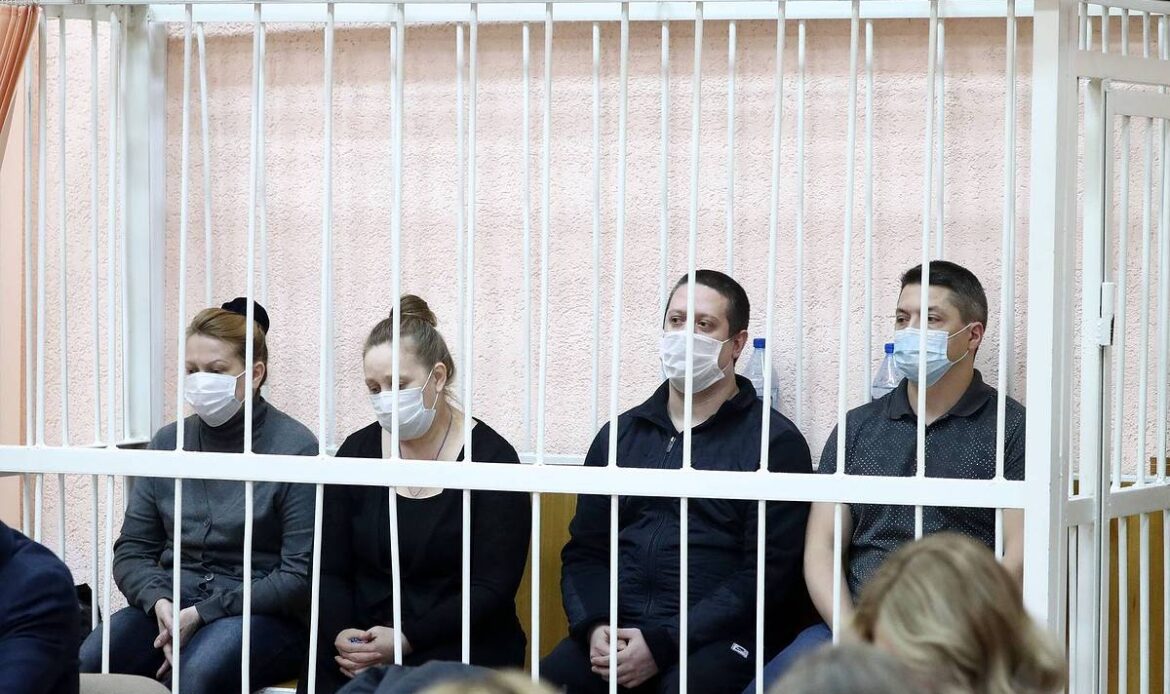 The court announced the first verdict in the case over a fire at the Zimnyaya Vishnya (Winter Cherry) shopping mall in Kemerovo where on March 25, 2018, some 60 people were killed, including 37 children. Eight defendants were sentenced to actual jail terms.

Among the convicted are the mall’s general director Nadezhda Suddenok, head of the Sistemnyi Integrator company Igor Polozinenko and Alexander Nikitin, engineer of a fire-protection system at this company, an employee of a private security enterprise Sergei Antiushin, watch commander of fire and rescue unit No.2 Sergei Genin, technical director of the Kemerovo confectionery factory Georgy Sobolev, the factory’s general director Yuliya Bogdanova, commander of the firefighting service of Kemerovo’s 1st anti-fire squad Andrei Bursin.

According to her, during the preliminary investigation, a group of over 100 investigators recreated the events of March 25, 2018, minute by minute, uncovering the causes of the accident which resulted in dozens of victims and collected supporting evidence in the process. “The main goal of the investigation was to establish all the individuals involved, including those who facilitated these tragic consequences,” she said. To this end, a set of investigative experiments was conducted.

Normative legal acts related to the issues of fire safety were examined within the framework of legal examination. “Its conclusion made it possible to determine that legal relations in this sphere are regulated in detail. Thus, combined with other evidence, the investigation has established the specific flaws of the rescue operation on the part of some firefighters as well as the fact that the leadership of the regional Emergencies Ministry was not conducting inspections of the observance of fire safety requirements and the operations of a facility with the mass presence of people and gave a legal evaluation to their actions,” the spokeswoman said. As a result of a thorough analysis, the investigators determined those individuals whose incorrect actions and incompetent decisions caused the loss of life. “It is obvious that during inspections and the issuance of documents confirming the compliance of the reconstructed building to construction rules and norms, the employees of the Federal Service for Construction Supervision and Inspection turned a blind eye to many things,” she noted.

“The Investigative Committee brought to account all individuals whose actions or lack thereof predetermined the tragedy at Winter Cherry and are also in a causal relationship with the consequences of this fire,” the spokeswoman noted.

The fire at the Winter Cherry shopping mall occurred on March 25, 2018. Sixty people, including 37 children died in the tragedy, and another 147 were injured.