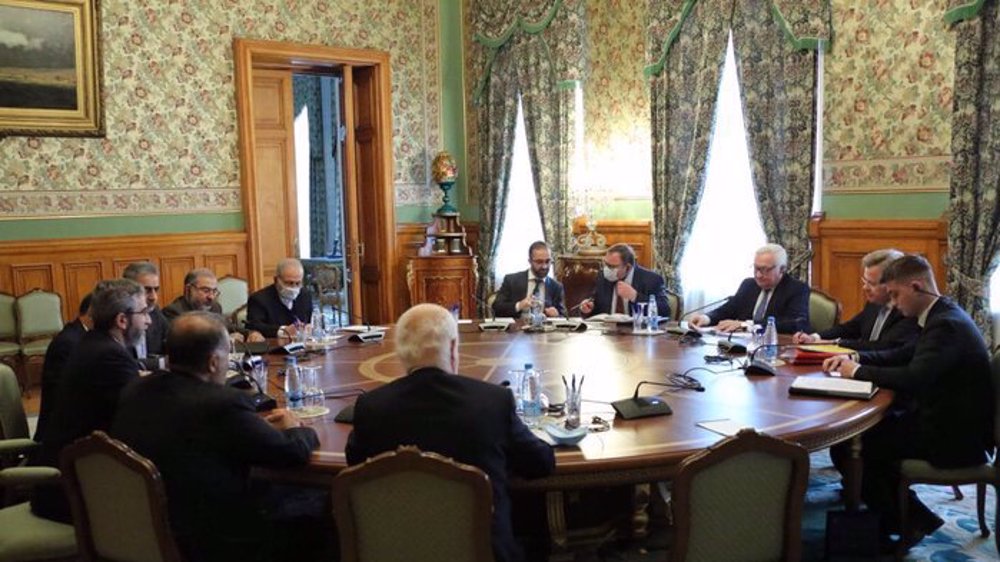 Iran and Russia have underlined that any new negotiations with the remaining members of the 2015 nuclear deal would succeed only if they lead to the removal of anti-Iran sanctions and the full implementation of the deal by all parties.

On Friday, Iran’s Deputy Foreign Minister Ali Baqeri-Kani met with his Russian counterpart, Sergei Ryabkov, during his visit to Moscow.

Baqeri-Kani arrived in Moscow on Thursday evening to continue talks he started in Brussels on how to remove the United States’ unlawful sanctions imposed on the Islamic Republic.

“The new talks will only be successful if they lead to the removal of sanctions and the full implementation of the parties to their commitments,” the two sides emphasized during the meeting, according to IRNA.

“The European parties of the P4+1 also need to live up to their commitments and work to remove the illegal sanctions,” Baqeri-Kani added.

He separately met with Special Representative of the President of Russia for the Middle East Mikhail Bogdanov.

Former US president Donald Trump left the JCPOA in May 2018 and re-imposed the anti-Iran sanctions that the deal had lifted.

He also placed additional sanctions on Iran under other pretexts not related to the nuclear case as part of his “maximum pressure” campaign.

Following a year of strategic patience, Iran resorted to its legal rights stipulated in Article 26 of the JCPOA, which grants a party the right to suspend its contractual commitments in case of non-compliance by other signatories and let go of some of the restrictions imposed on its nuclear energy program.

Iran and the remaining parties to the JCPOA have held six rounds of talks in Vienna, which began after the US administration of Joe Biden voiced a willingness to rejoin the nuclear agreement, three years after his predecessor, Donald Trump, unilaterally withdrew the United States from the deal.

While disagreements on key issues persisted, the participants took a break from the talks after Ebrahim Raeisi emerged victorious in Iran’s June presidential election, and waited for Iran’s democratic transition to take place to continue the talks.

The scope of the sanctions removal and the need for the US to guarantee that it would not ditch the JCPOA again are among the key issues not settled during the administration of former Iranian President Hassan Rouhani.

The Raeisi administration has announced on several occasions that it will resume the talks only to remove all of the United States’ illegal sanctions and that it will not take part in negotiations for the sake of negotiations.

Baqeri-Kani’s visit to Moscow comes after he discussed the removal of Iran sanctions with the European Union’s Deputy Secretary General Enrique Mora in the Belgian capital, Brussels, on Wednesday.