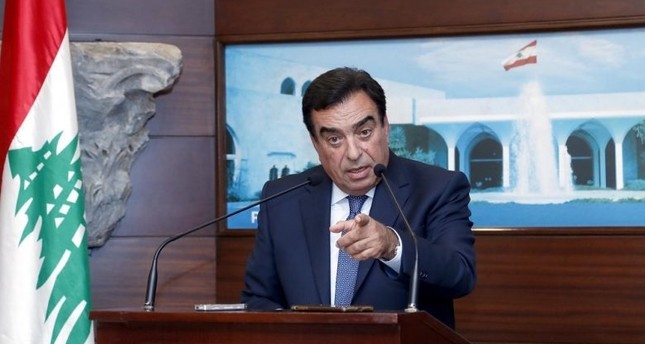 Saudi Arabia, Bahrain, UAE, and Kuwait have expelled the Lebanese ambassadors to their countries in a shocking turn of events prompted by an old interview being broadcast for the first time on October 25 and circulating social media the next day. Lebanon is in the midst of an economic and social breakdown, and this has people wondering how much more can Lebanon face, before a complete collapse.

Saudi Arabia has stopped all imports of Lebanese goods, and Saudi Arabia and the UAE have also asked their citizens to refrain from traveling to Lebanon, which depends on tourism as a major source of hard currency, as well as agricultural exports.

In the old interview, former game-show host George Kordahi, expressed his personal views on the war in Yemen, which echoed the views expressed by US President Joe Biden in February, when he pulled US support for the Saudi-led military coalition against Yemen.

Kordahi was shown saying, “It’s self-defense. … Are they assaulting anyone?”, and added “But you need to also look at the damages inflicted on them as a people. They are bombed in their homes, in their houses, in their villages, in their squares, in their funerals.” He called the seven-year war in Yemen “futile” and said it was “time for it to end.“

In his first visit to the State Department, Biden said of the Yemen war, “This war has to end,” said the conflict had created a “humanitarian and strategic catastrophe.”

The Kordahi interview was conducted on August 5, by Qatar’s state media, Al Jazeera.   One month after the interview was taped, Kordahi was appointed Minister of Information in the newly formed Lebanese government of Najib Mikati and Michel Aoun, but the interview was held without broadcast for almost three months.

Kordahi held a news conference in Beirut refusing to apologize for the interview and added that since becoming a minister, he abides by the government’s policy of not expressing his opinion.

“We should not continue to be subjected to blackmail in Lebanon by anyone whether they are countries, ambassadors, or individuals,” Kordahi said, adding that he has no plans to resign from the post over his comments.

Qatar had been blockaded by Saudi Arabia and its Gulf allies, the Gulf Cooperation Council (GCC).  Recently, Qatar was brought back in from the cold, and the rift was resolved among its oil-rich neighbors.

Lebanese Prime Minister Najib Mikati said he was “deeply sorry” about the Saudi decision and would work to repair relations, adding Kordahi’s remarks did not reflect Lebanon’s position.

Mikati said he discussed the situation with President Michel Aoun before calling Kordahi.  Five Lebanese ministers and Presidency secretary-general Antoine Choucair were holding a crisis cell meeting at the Foreign Ministry on Saturday over the diplomatic crisis with Saudi Arabia and the Gulf countries.

Saudi Arabia is bombing and blockading Yemen, and between March 2015 and July 2021, the Saudis conducted a minimum of 23,251 air raids, which killed or injured 18,616 civilians. United Nations has called it the world’s worst humanitarian crisis.

When Biden announced the end of US support for the war in Yemen, he failed to call for the immediate end of the Saudi blockade, which uses starvation as a tactic, and by not insisting the blockade cease, Biden has contributed to the humanitarian catastrophe.

The US remains a staunch patron of Saudi Arabia. Crown Prince (MBS) has not been treated like a pariah as Biden had promised and Secretary of State Antony Blinken applauded the Saudis’ in March.  The CIA report on the murder of Washington Post journalist Jamal Khashoggi concluded that the order to kill him was sanctioned by MBS.

While Biden insisted on getting out of Afghanistan because it was a never-ending civil war, he has allowed the US to be complicit in Yemen.

Saudi Arabia has faced international criticism over repeated war atrocities in Yemen, and may now face added rebukes from western nations, especially France, who have been trying to help Lebanon recover from the worst financial crisis in 150 years, according to the World Bank.

After Kordahi’s interview aired, Saudi media giant MBC Group announced it will close operations in Lebanon. MBC Group is the Arab world’s largest private media conglomerate.  Most of the TV serial dramas produced by MBC are filmed in Lebanon, and its closure will put many out of work.

MBS, the de-facto ruler of Saudi Arabia, detained Lebanese Prime Minister Saad Hariri in 2017 during a visit to Riyadh and made him announce his resignation.  Hariri was born and raised in Saudi Arabia and has Saudi citizenship.  His step-father had been King Fahd.

The Ritz-Carlton hotel in Riyadh became a ‘jail’ in 2017 as MBS locked up princes and businessmen in a shakedown which was dubbed an “anti-corruption” sweep.  France’s President Macron intervened personally to arrange for the release of Hariri who returned to Lebanon and rescinded his resignation.

In May, Lebanon’s foreign minister Charbel Wehbe stepped down and was swiftly replaced after comments he made irked Saudi Arabia.  In a heated argument with Saudi lobbyist Salman al-Ansari on Alhurra TV, Wehbe insinuated that Gulf countries were behind the rise of ISIS.  Experts agree that the Kingdom of Saudi Arabia has been the largest exporter of Radical Islam in the world, which forms the basis of the Muslim Brotherhood, Al Qaeda, and ISIS.

Saudi Arabia has been a major source of investment in Lebanon, and Lebanese employed in the kingdom provide crucial remittances to families back home.  If Saudi Arabia and the Gulf allies decide to rescind work permits of Lebanese citizens, it would have dire economic consequences for the tiny country.

The overwhelming question in the minds of the Lebanese is whether this blow by Saudi Arabia and their Gulf allies will prompt a civil war.  Lebanon suffered through 20 years of sectarian bloodshed.  The strength of Lebanese resistance groups lies at the core of the current crisis.  Will various sectarian political parties take sides in this crisis and could it escalate to violence?