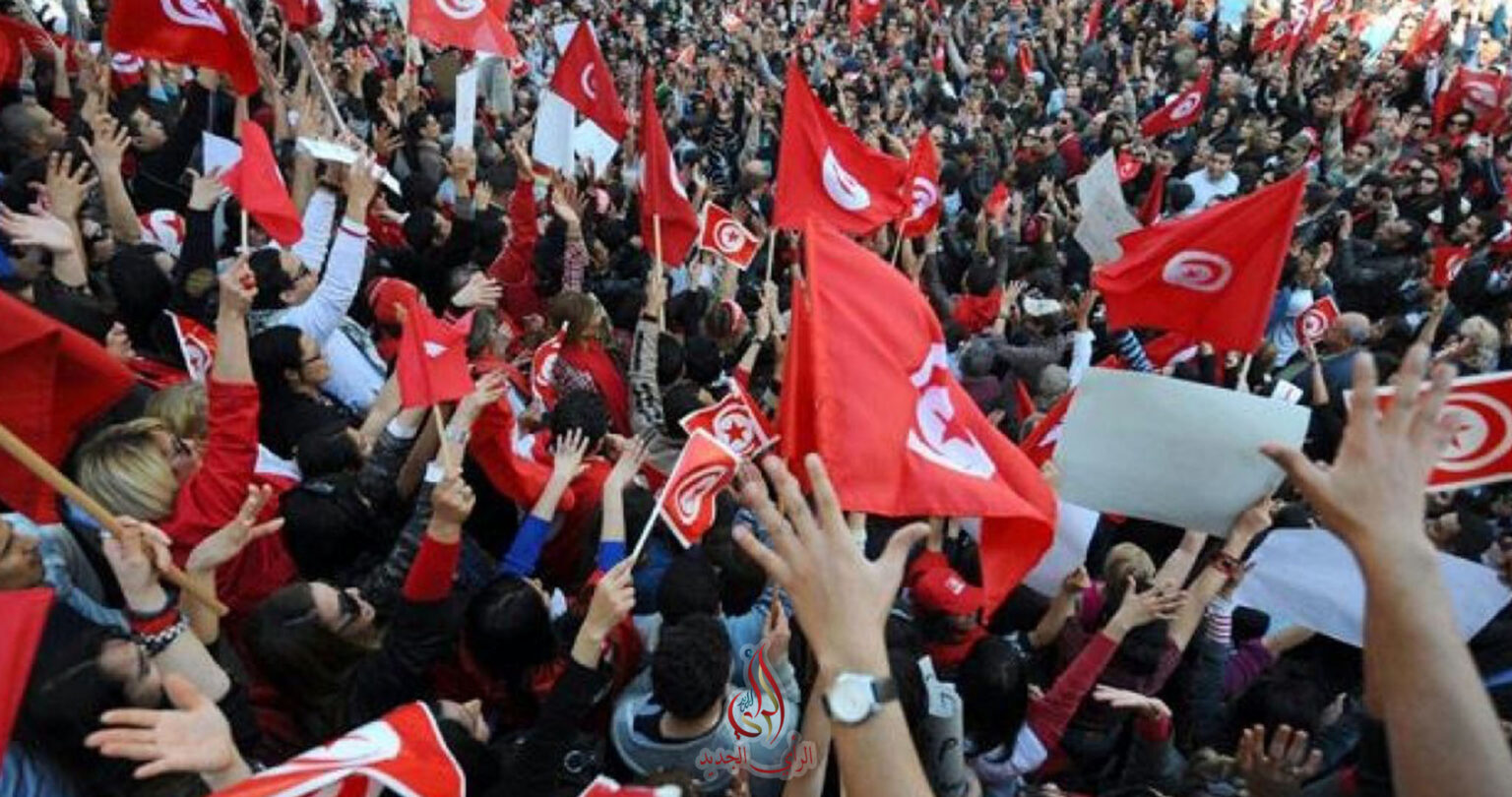 Tunisia has issued an international arrest warrant against former president Moncef Marzouki, it was reported on November 4.  The charges may be connected to allegations Marzouki had conspired against state security after he had asked France to end support of the current administration last month.

Marzouki fled Tunisia for France, the former colonial power in Tunisia, and he told Al Jazeera TV he was not surprised by the arrest warrant.  He had been President from 2011 to 2014. Al Jazeera TV is the state media of Qatar, which supports the Muslim Brotherhood globally.

“Tunisia is a free and independent state and there can be no interference in its affairs,” Saied said at the first meeting of a new cabinet.

Marzouki has called Saied’s moves a “coup d’etat”, and urged French President Macron to “reject any support for this regime and this man who has plotted against the revolution and abolished the constitution”, while addressing anti-Saied demonstrators in Paris on October 30.

“Democratic France should not be on the side of the dictatorial regime,” Marzouki said, in a speech that was widely shared online.

Analysts have said Tunisia is in a revolt against the Muslim Brotherhood, and also in a struggle for accountable government.

On October 3, more than 5,000 demonstrators showed support for Saied, while about 3,000 rallied against him in Tunis.

Supporters on the main street in central Tunis shouted, “The people want the dissolution of parliament,” and “We are all Kais Saied, we are all Tunisia.”

Saied introduced a new government in October and has promised a national “dialogue”, after first naming geologist Najla Bouden as prime minister on September 29, as Tunisia’s first woman prime minister.

Saied said on Thursday that he intended to speed up the end of the exceptional measures announced on July 25.

“These exceptional measures were decided in an attempt to rescue the country and our people,” Saied said in a video.

In his speech to the ministerial council, Saied said he was determined to “guarantee the rights and freedom of all citizens, in accordance with the constitution.”

“Tunisia has entered a new phase that requires new approaches and visions to manage public affairs,” he added.

Many in Tunisia wondered whether a single ruler, who had the power to get things done, might be better than political chaos and economic failure.

Corrupt members of Parliament combined with increasing inflation and poverty among the people were at the root of the street protests and general dissatisfaction.

Despite Saied’s increasingly authoritarian actions, he told Tunisian rights groups Monday that he remains committed to civil liberties and the democratic process, and he has said the freeze of parliament will be temporary.

Supporters of Saied poured into the streets of the capital and other cities to celebrate after his announcement.  Ennahda called Saied’s moves a coup d’état.

Tunisians have been portrayed as people who have liberated themselves from an oppressive Islamist government, and many have lamented they got nothing out of the 2011 revolution which brought the Muslim Brotherhood party Ennahda to power.

While many demonstrators demanded democracy, others chanted for more tangible outcomes, such as an end to corruption, lower food prices, and jobs.

A Constitution, the ballot box and a Parliament did not automatically give prosperity or accountability. Parliament descended into divisions with political parties forming without offering better ideas, amid the spread of corruption.

Some western leaders had thought a liberal democracy could be parachuted in after the Arab Spring in 2011.

Saied was elected on an anti-system ticket in late 2019 and has said his action seeks to “save” Tunisia from “imminent peril” and a socio-economic crisis aggravated by the Covid-19 pandemic.

Tunisia faces a looming fiscal crisis, with billions in debt coming due this fall. An economic collapse would pose problems not only for Tunisia but also for Europe, whose shores draw desperate Tunisian migrants in boats by the thousands each year.  The International Monetary Fund officials are wanting to negotiate a bailout.

On Friday a charity ship carrying 800 migrants asked Italy to assign it a safe port as attempts to cross the Mediterranean intensified.

“In just 48 hours, our crew has rescued over 800 people,” the German nongovernmental organization (NGO) Sea-Eye tweeted.

Italy is one of the main points of entry into Europe for migrants from North Africa, and according to figures from the interior ministry, nearly 55,000 migrants have disembarked in Italy this year, with arrivals “well distributed” between Libya and Tunisia.

Tunisia was the birthplace of the so-called “Arab Spring” which toppled Zine El Abidine Ben Ali in January 2011. “Get out, get out” was the slogan that started in December 2010 and triggered protests in several countries.

The decade that followed saw Tunisians adopt a new Constitution, gain freedom of speech, and vote in free and fair elections.

In Syria and Libya, the wars which were started by the US, UK, NATO war machine have devastated the countries, killed thousands, but have not brought any peace.

Egyptians elected a Muslim Brotherhood president, Morsi, after an American NGO was successful in rigging the election, but had a second revolution to throw off the Islamist dictator, and have transitioned to President Sisi in 2013.

Saied’s popularity stems from the same grievances that propelled Arabs to protest a decade ago: corruption, unemployment, repression, and an inability to make ends meet.

Thousands of Tunisians took part in the protest calling for the “liberation of the parliament” from the control of the pro-Muslim Brotherhood Ennahda party, the Islamist party that dominated Parliament and that many Tunisians blame for the country’s ills.

Calls grew for the dissolution of parliament, which was helmed by Ennahda’s highly unpopular leader Rachid Ghannouchi.

Demonstrators gathered in front of the parliament headquarters in Tunis, raising slogans denouncing Ghannouchi’s control.  “Oh Ghannouchi, you thug, you fight souls,” “Down with the rule of the Leader,” were some of the slogans raised in videos and photos posted online.

Tunisian party leader Abir Moussi accused Muslim Brotherhood members of receiving foreign funding, having links with terrorism, and she has also called for the Muslim Brotherhood to be designated as a terrorist organization in Tunisia, as has been done in Saudi Arabia, Egypt, Syria, and UAE.

The Muslim Brotherhood in Tunisia was founded in 1981 by Ghannouchi, and in the 2011 parliamentary elections, it won a plurality of 37% of the popular vote and formed a government.

In 2018, lawyers and politicians accused Ennahda of forming a secret organization that has infiltrated security forces and the judiciary and also claimed the party was behind the 2013 assassinations of Chokri Belaid and Mohamed Brahmi, two progressive political leaders.

Media coverage in Turkey, which is ruled by President Erdogan of the AKP party, which is a Muslim Brotherhood party, reflects support for Ghannouchi.

Saied met US Ambassador Donald Blome on October 14, coinciding with a US congressional meeting entitled “Tunisia: Examining the State of Democracy and Next Steps for US Policy”. Saied “informed (Blome) of the State of Tunisia’s annoyance at the situation in Tunisia being included in the proceedings of the American Congress”, according to the presidency’s Facebook page.