Home Politics Prof.Entessar: Unfreezing Iran’s assets in South Korea will be among priorities in Vienna 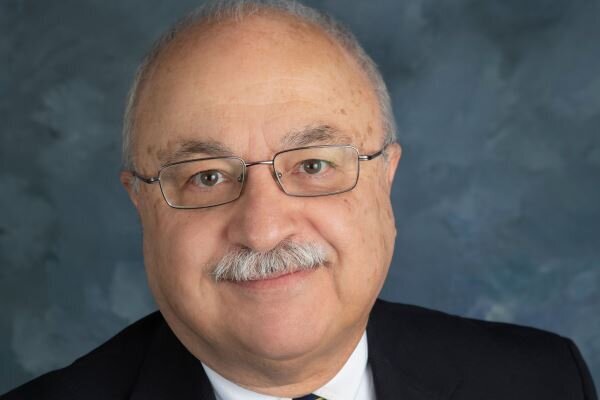 Nader Entessar, Professor Emeritus of Political Science from university of South Alabama says that if an agreement is reached in Vienna, unfreezing Iran’s assets in South Korea will be among the priorities of such an agreement as Seoul seems to favor solving its problems with Tehran and returning to the status quo ante in Iran-Korean relations.

He also says “At this time, I do not think the Europeans are inclined to activate the snapback mechanism because this will, for all practical purposes, kill any prospect of reviving the JCPOA.”

Following is the full text of the Bazaar interview with Professor Entessar:

Bazaar: According to the news, the Vienna talks are moving forward. The Western parties also announced for the first time the progress in the negotiations. What is your assessment?

Entessar: It is very difficult to assess the intricacies of the current Vienna talks because both sides have been very tight-lipped. Iran continues to remain cautiously optimistic about the progress of the talks while the Western side has, at least publicly, mostly resorted to pressing Iran by issuing ultimatums and veiled threats through the establishment media. But since we do not know much about specific points that have so far been agreed upon, it is not possible to provide an accurate analysis of the current Vienna negotiations.

Bazaar: According to some news, the negotiations will end by the end of February. This was while with the beginning of the talks in the seventh round, they assessed the situation as complicated. What happened that brought the views of Iran and the US closer together?

Entessar: Again, as I indicated in my previous answer, we lack accurate information to determine what transpired in Vienna that has brought the views of Iran and the US closer together. In fact, we cannot ascertain whether news reports about this issue are accurate or not. Until and unless a final agreement is reached and its terms are divulged to the public, we need to remain vigilant about the veracity of media reports on the contours of the negotiations.

Bazaar: During a recent visit to Israel, US National Security Adviser Jake Sullivan told Israeli officials that the threat of a return to UN Security Council sanctions through a snapback mechanism should be used as a means to deter Iran from enriching uranium with weapons-grade. That is, the United States intends to activate the snapback mechanism if Iran’s enrichment increases. Meanwhile, the head of Iran’s Atomic Energy Organization, Mohammad Eslami, has stated that Iran will not carry out more than 60 percent enrichment, even if the talks fail. What is the reason for the US threat to activate the snapback mechanism?

Bazaar: Israel, which has been opposed to any nuclear deal with Iran, has changed its position, declaring that a deal with Iran is better than no deal at all. What are the reasons for Israel’s change of position and its acceptance of the revival of the JCPOA?

Entessar: From the very beginning, Israel has taken a contradictory position on the nuclear deal with Iran, and various Israeli officials continue to speak from both sides of their mouths. Israeli officials are well aware of the fact the JCPOA was designed to limit Iran’s nuclear capabilities and eventually force Tehran to concede on non-nuclear defense issues. Many in the Israeli establishment still think that reviving the JCPOA is still the most cost-effective method of degrading Iran’s defense and deterrence capabilities.

Bazaar: South Korea’s Deputy Foreign Minister traveled to Vienna to decide on freeing up Iran’s blocked funds. What is your assessment of this visit to Vienna during the talks?

Entessar: This is the latest attempt by officials in Seoul to convince the US to allow them to reach some type of modus vivendi to release some of Iran’s illegally frozen funds in South Korean banks and financial institutions. Perhaps, if an agreement is reached in Vienna, unfreezing Iran’s assets in South Korea will be among the priorities of such an agreement as Seoul seems to favor solving its problems with Tehran and returning to the status quo ante in Iran-Korean relations.