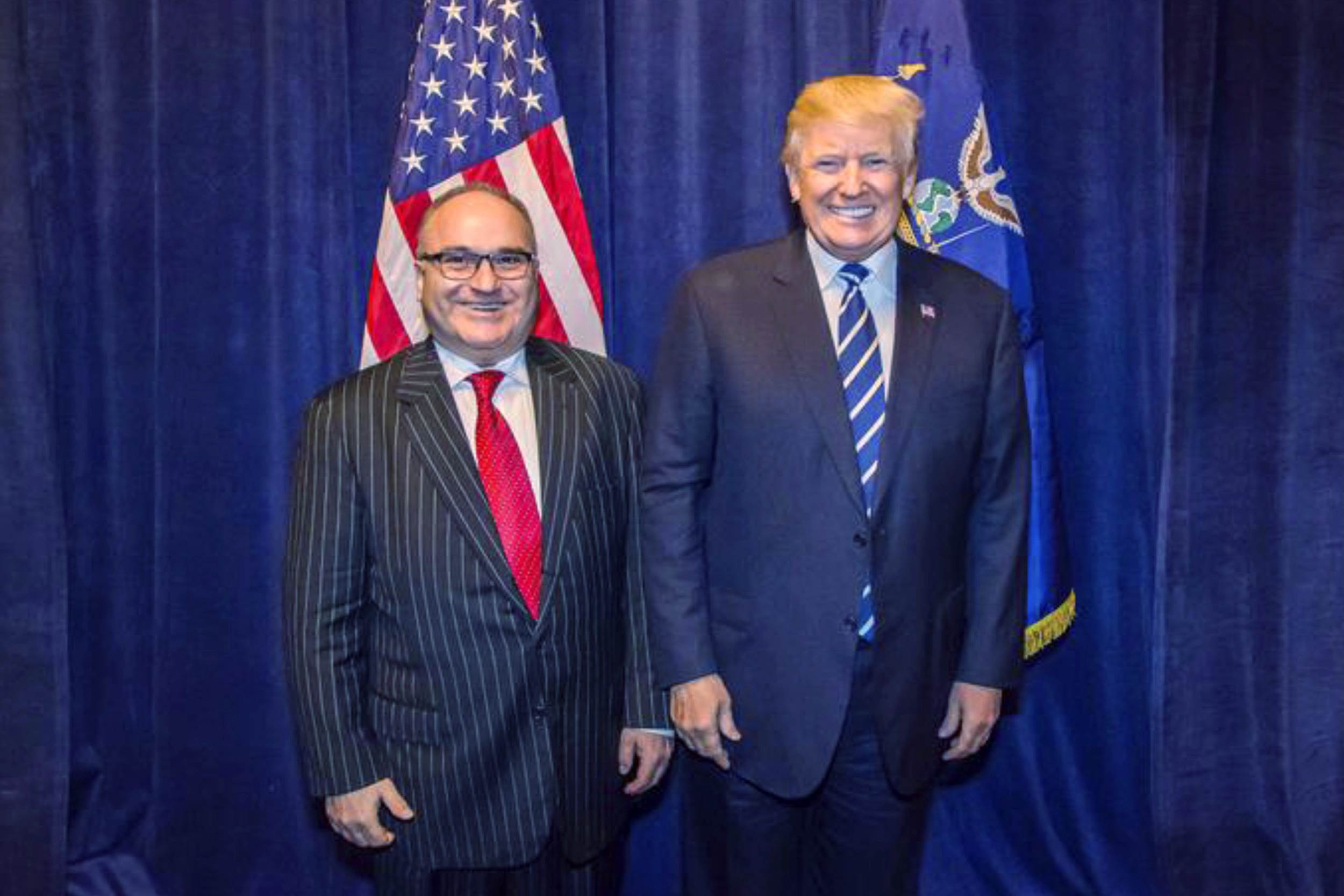 George Nader was an American adviser to the government of the United Arab Emirates, to Abu Dhabi Crown Prince Mohammed bin Zayed’s, while also being a convicted sex offender.

According to federal court documents in December, an American adviser to the United Arab Emirates, George Nader, has pleaded guilty to assisting the UAE in pumping millions of dollars in illegal campaign contributions during the 2016 US presidential elections.

Nader is a convicted sex offender with repeated visits to the White House.

Federal prosecutors revealed that Nader had agreed months earlier to plead guilty to a single count of criminal conspiracy to cheat the United States government by directing millions in donations to Hillary Clinton’s campaign while hiding the money’s foreign origin.

According to the prosecution’s sentencing document, Nader conspired to conceal the payments in order to lobby on behalf of and advance the interests of the UAE.

This is the first accusation the US targets at the UAE in regards to election interference.

According to the US government, more than $3.5 million of the money was provided from the UAE to Democratic political parties trying to elect Clinton. Nader, Khawaja, and six others have been charged with conspiring to conceal the source of those payments. Prosecutors have yet to explain what happened to the remaining $1.4 million that Nader allegedly sent to Khawaja.

Along with Nader’s guilty plea, give of the eight persons indicted in the scandal have led guilty. Khawaja left the US after his indictment and AP reported he was imprisoned in Lithuania according to authorities and a Lithuanian lawyer who represented him.

Prosecutors are seeking a five-year term for Nader, to be completed after his existing 10-year sentence that he is serving for having child pornography and transporting a minor to the US “for the purpose of engaging in criminal sexual activity.”

Nader is alleged to have followed orders from MBZ as he attempted to get close to Clinton. Khawaja complained at one time that Nader and the UAE had not yet supplied funds to pay the costs of a Clinton fundraiser he was arranging. Nader texted that he would send the funds “as per HH instruction,” an apparent reference to MBZ.

Days later, as he was prepared to meet with both Hillary Clinton and former President Bill Clinton, Nader asked an Emirati official, presumably certainly MBZ, if they might meet before he left. “[T]raveling on Saturday am to see our Big Sister and her husband: I’ll see him on Sunday and her on Tuesday, Sir!” Would love to see you tomorrow at your convenience…for your guidance, instruction, and blessing!”

Even while he donated to Clinton’s campaign, Nader maneuvered his way into Trump’s campaign on behalf of the Gulf.  According to Special Counsel Robert Mueller’s report on Russian meddling in the 2016 presidential election, Nader was a “key advisor” to MBZ and had “contacts” with both camps. The New York Times stated that Nader informed Trump Jr. that both MBZ and Saudi Arabia’s crown prince were anxious to assist his father to become elected.

According to FBI interview records, Nader unsuccessfully attempted to organize a meeting between Trump and MBZ after Trump won the election but before he was inaugurated. Instead, UAE authorities arranged for MBZ to meet with prominent Trump campaign leaders in New York.

According to The New York Times, after Trump’s inauguration, Nader became a frequent visitor to the White House. He was detained at JFK airport in June 2019 after a trip to the UAE and accused of possessing dozens of videos and images of child pornography. Those allegations were eventually dropped, but Nader was charged with possessing child pornography and flying in a 14-year-old boy to the US for sexual activities.

Nader pled guilty to both felony counts stemming from activities in 2012 and 2000, respectively, and was sentenced to ten years in jail and lifelong supervision as a sex offender. In 2003, Nader was sentenced to a year in jail in the Czech Republic for sexual relations with the same minor.

This is not the only case of the UAE attempting to influence US policy. Last year, Tom Barrack, an American billionaire, was greeted royally in the United Arab Emirates just weeks after Donald Trump’s election in November 2016, according to a Bloomberg report describing how the Crown Prince of Abu Dhabi and other Emirati officials led an illegal influence campaign on the administration of former US President Donald Trump.

Barrack was charged with obstructing justice and lying to investigators. Rashid Al-Malik, a UAE national and associate of Barrack, was also charged in the conspiracy.