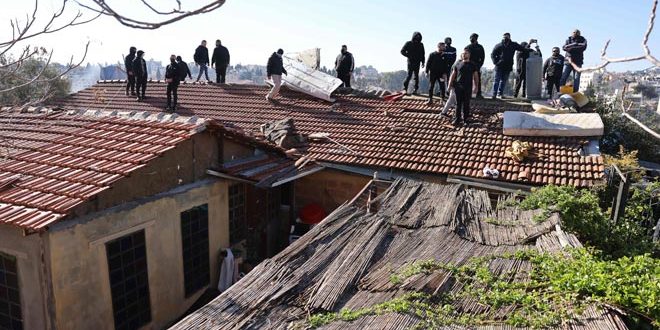 Occupied Jerusalem, SANA- The Israeli occupation forces forcibly expelled a Palestinian family from their home in Sheikh Jarrah neighborhood in the occupied city of Jerusalem.

Mahmoud Salhia said in a statement to Maan News Agency that a large number of occupation forces stormed the neighborhood and raided his house after besieging it from all sides and forcing him to evict it.

In a crime that is added to the record of its crimes against the Palestinians, the occupation authorities last year handed dozens of Palestinian families in Sheikh Jarrah neighborhood and Silwan town in occupied Jerusalem received demolition or evacuation notices to displace them from their land, replace them with settlers and implement the occupation’s schemes of Judaizing Jerusalem.