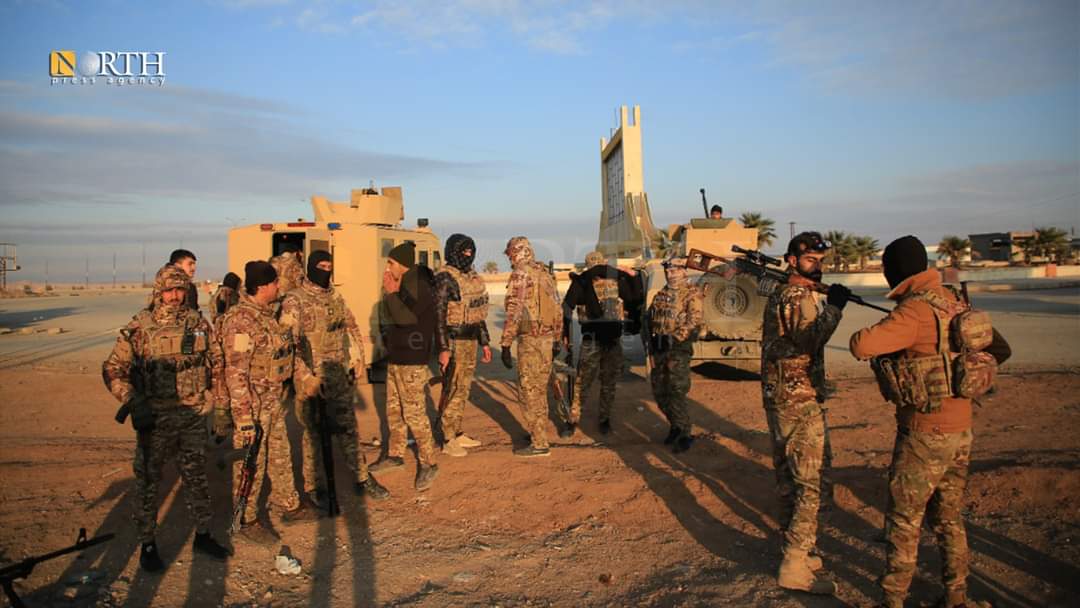 Clashes continue in the northeastern Syrian city of al-Hasakah despite repeated claims by the US-backed Syrian Democratic Forces (SDF) that ISIS’ large attack on Geweran prison has been repelled.

ISIS terrorists attacked the SDF-run prison, which is located in the southern part of the city, late on January 20 with the aim of freeing their comrades. During the attack, the terrorists detonated a car bomb and a booby-trapped motorcycle at the prison’s main gate. They also blew up a number of nearby fuel tankers and tanks.

The terrorists managed to breach SDF defenses, freeing some of the prison’s 5,000 Syrian and foreign inmates. However, the fast reaction of the SDF and the air support of the US-led coalition prevented the terrorists from fleeing the city.

By January 21 morning, most of the attackers and the escapees were holding up at a number of apartment buildings in the vicinity of Geweran prison and in the nearby al-Zuhur neighborhood.

The SDF imposed a curfew in al-Hasakah city. Despite this, thousands of the locals fled to the city’s “security zone” which is held by Syrian government forces.

US-led coalition fighter jets and attack helicopters carried out several airstrikes on buildings and positions occupied by ISIS terrorists. Furthermore, the SDF was able to apprehend at least 89 of the escapees. Seven other escapees were reportedly killed by ISIS terrorists after attempting to hand themselves over to the SDF.

SDF Commander-in-Chief Mazloum Abdi announced in the afternoon of January 21 that ISIS’ attack was repelled. However, at the time clashes were still being reported near Geweran prison.

According to the London-based Syrian Observatory for Human Rights, the battle in al-Hasakah city has so far claimed the lives of 39 ISIS terrorist, five civilians and 23 fighters of the SDF and its security forces.

ISIS attack on Geweran prison will likely end within a few hours. While the attack was ultimately a failure, it exposed some serious flows in the security measures employed by the SDF and the US-led coalition in Syria’s northeastern region.