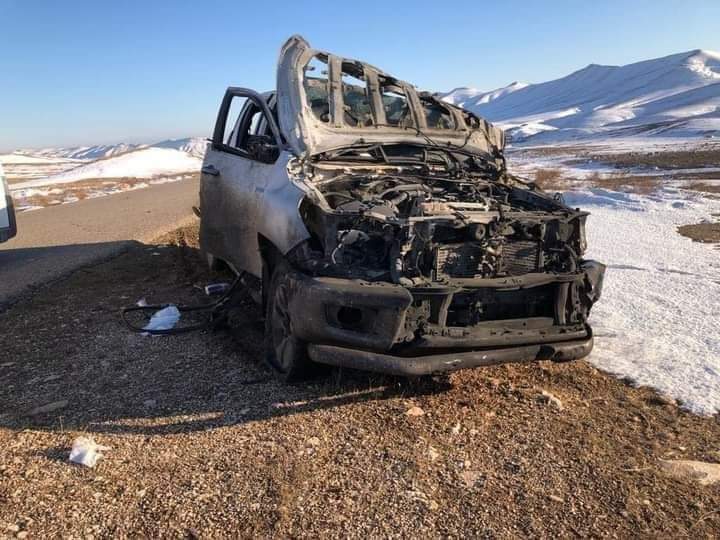 Turkish combat drone targeted a vehicle of the US-backed Syrian Democratic Forces (SDF) as it was heading form the town of Tell Tamer to al-Hasakah city in northeastern Syria.

According to the London-based Syrian Observatory for Human Rights, two fighters of the SDF’s Tell Tamer Military Council were killed in the drone strike.

The Hawar News Agency said that the targeted vehicle was a part of reinforcements which were sent from Tell Tamer to al-Hasakah city to help put an end to a large-scale attack by ISIS cells on Geweran prison.

ISIS cells launched the attack late on January 21 to free their comrades from the SDF-run prison. However, they ended up capturing the prison and nearby neighborhoods.

The Turkish military and its proxies may be planning to take advantage of the chaos caused by ISIS attack in al-Hasakah city. Large Turkish forces were reputedly amassed along the frontlines with SDF-held Tell Tamer just a few hours after the beginning of the attack.

The SDF, whose forces are now struggling to secure Geweran prison and nearby neighborhoods, will not likely be able to confront Turkish forces, if Ankara decides to a launch an attack on Tell Tamer or any other town in northern or northeastern Syria.