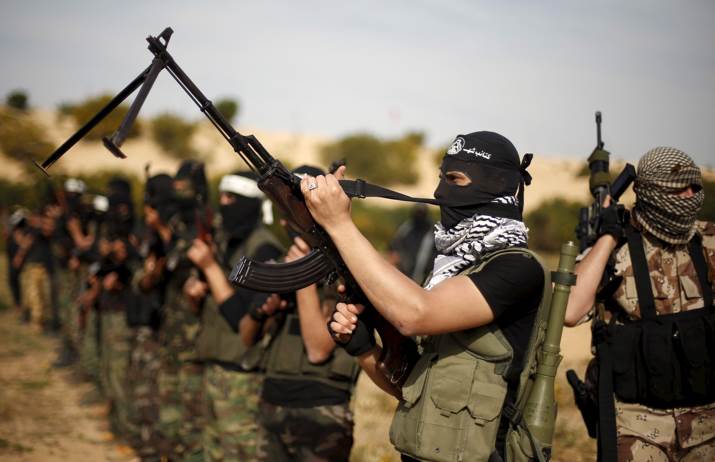 Al-Aqsa Martyrs Brigades stress that their response to the Israeli crimes against the Palestinian people will be painful.

Today, Saturday, Al-Aqsa Martyrs Brigades in Jenin camp announced general mobilization in all its ranks and threatened that they will strike a painful blow against the Israeli occupation for all its crimes against the Palestinian people.

The Brigades’ Spokesperson stressed that “the escalation of the [Israeli] occupation’s crimes in Beita, Jabal Sbeih, and Barqa, along with the escalation in settlers’ attacks through killing and destruction, will be met with a mighty blow and the announcement of the mobilization of all fighters.”

He added that “facing the arrogance of the occupation and the settlers who wreak havoc in the Holy Land through brutal attacks, murder, demolition and destruction, and the continuation of the policies of incursion and settlement, we vow painful blows in the depth of the occupation,” stressing that “the occupation will not enjoy security and safety unless it leaves our land and our holy sites.”

The spokesperson also confirmed that “the battle with the occupation is moving forward, and there is no retreat until freedom and independence are achieved,” stressing that “what was taken by force can only be taken back by force.”

He continued, “We will strike the occupation in the Israeli depth, settlements, and usurped land with an iron fist,” maintaining that the Israeli settlers are not allowed anywhere near the Palestinian lands, and promising to take them by storm amid painful strikes. He confirmed that the battle with the enemy is open and it won’t stop “until the occupation is expelled from our land.”

Masked men roamed the streets of Jenin refugee camp, brandishing their weapons, in a military parade to confirm their decision and stand.