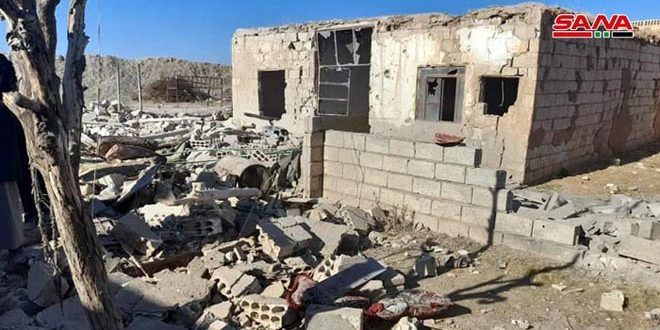 Raqqa, SANA- A number of civilians were martyred and many others were wounded in artillery attacks by the Turkish occupation and its mercenaries on al- Hadriyat village in Raqqa northern countryside.

The sources noted to information about the intention of Turkish occupation and its terrorist organizations to launch a large-scale attack towards Ayn Issa in Raqqa countryside.