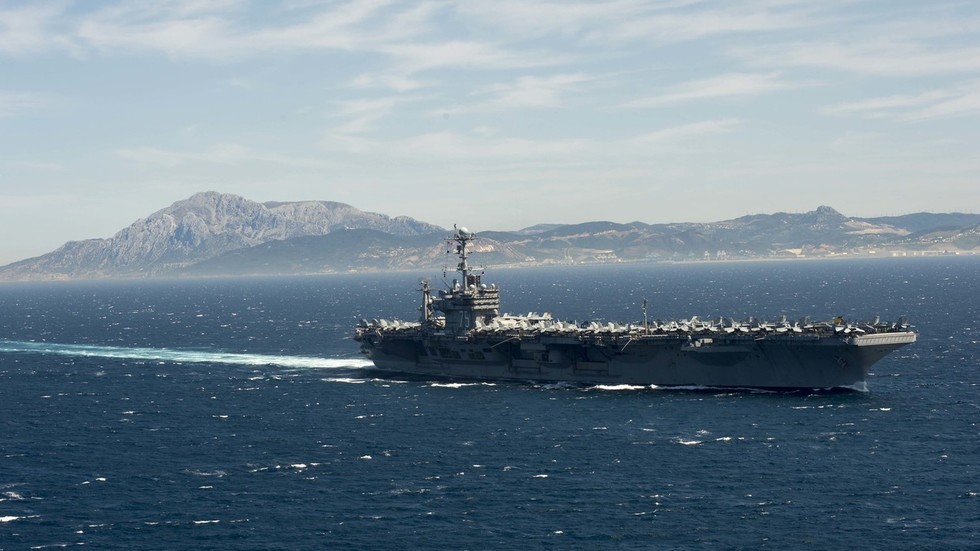 The 12-day exercise kicks off Monday and is supposed to “demonstrate NATO’s ability to integrate the high-end maritime strike capabilities of an aircraft carrier strike group to support the deterrence and defense of the alliance,” Pentagon spokesman John Kirby told reporters Friday.

Though the Truman and its strike group will be placed “under NATO operational control,” the overall command of the exercise will be in the hands of Vice Admiral Eugene H. Black III, who commands the US Navy’s 6th Fleet.

Kirby called Neptune Strike a “long-planned activity” that has been under consideration since 2020 and is not related to the current tensions with Russia. “The exercise itself is not designed against the kinds of scenarios that might happen with respect to Ukraine,” Kirby said, but is intended to test “a wide range of maritime capabilities that we want to make sure we continue to improve.”

According to Kirby, the US discussed with its NATO allies whether to move ahead with the exercise “given tensions right now,” but ultimately decided to do so.

NATO Secretary-General Jens Stoltenberg “welcomed” the Truman’s participation as “a strong sign of transatlantic unity,” adding that the alliance “will always do what is necessary to protect and defend all allies.”

“Neptune Strike” did not show up on NATO’s list of upcoming exercises, as of Friday afternoon. On Wednesday, the US mission to NATO said that the carrier was scheduled to take part in “Cold Response,” an exercise inside the Arctic Circle in early March.

Moscow has consistently rebutted claims made by Western media and senior officials, according to which Russia is allegedly planning to invade its neighbor any day now. The Kremlin has called the idea “fake news,” while the Russian military claimed that the US might be helping Kiev stage a false-flag operation that would justify a military operation in eastern Ukraine.