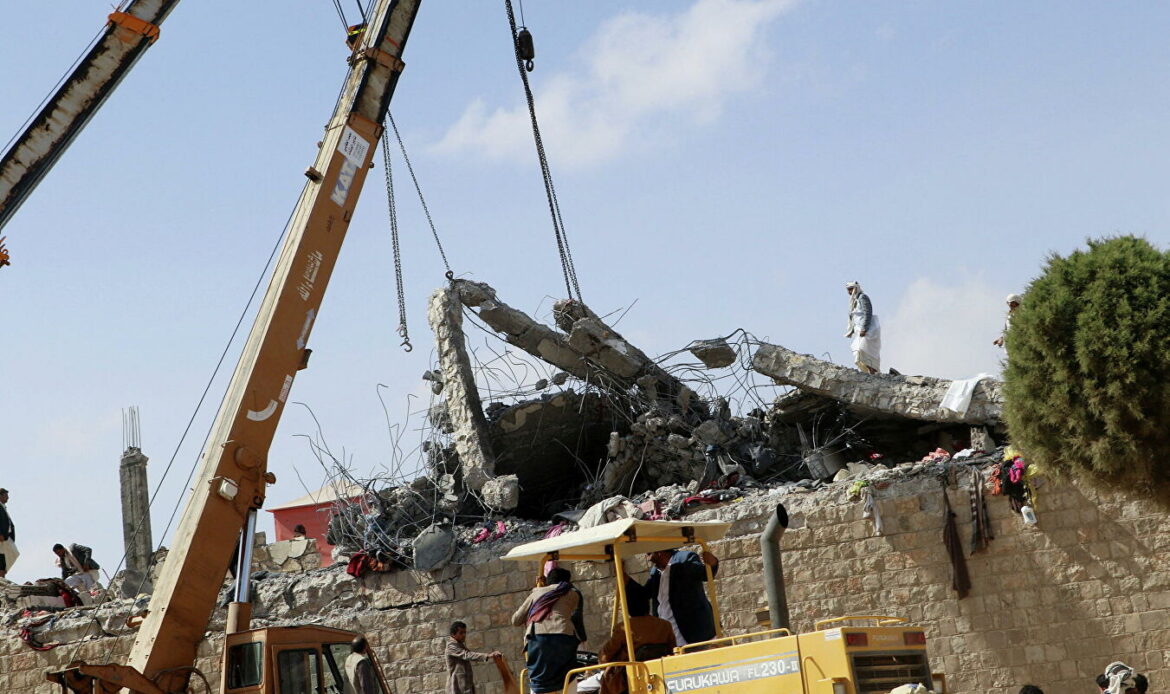 UNITED NATIONS (Sputnik) – The death toll from the airstrike that hit a prison in Yemen’s Saada province has surpassed 80, the Medecins Sans Frontieres (MSF, or Doctors Without Borders) aid group said.

“An airstrike carried out by the Saudi-led coalition on Yemen’s Sa’ada City Remand Prison killed at least 82 people early yesterday and injured 266,” MSF said on Saturday, citing health ministry data. The aid group added that the death toll could be higher as search and rescue efforts continue. MSF said that despite the coalition’s claims that reports of the prison having been hit are “baseless,” the aid group’s staff have confirmed that the prison has been destroyed.

On Friday, the Houthi rebels said that dozens of people were killed and injured as a result of the coalition airstrike on the prison in the Saada province. MSF initially reported about 70 fatalities and more than 130 injured people. Yemen has been gripped by an internal conflict between the government forces and the Houthi movement for over six years. Since 2015, the Saudi-led coalition fighting on the government’s side has been conducting air, land and sea operations against the rebels. The Houthis often retaliate by firing projectiles and bomber drones on Saudi territory. The United Nations has described the situation in Yemen as the world’s worst humanitarian crisis. On Thursday, UN Secretary-General Antonio Guterres expressed alarm about continuing airstrikes undertaken across Yemen and called on the parties to the conflict to exercise maximum restraint.