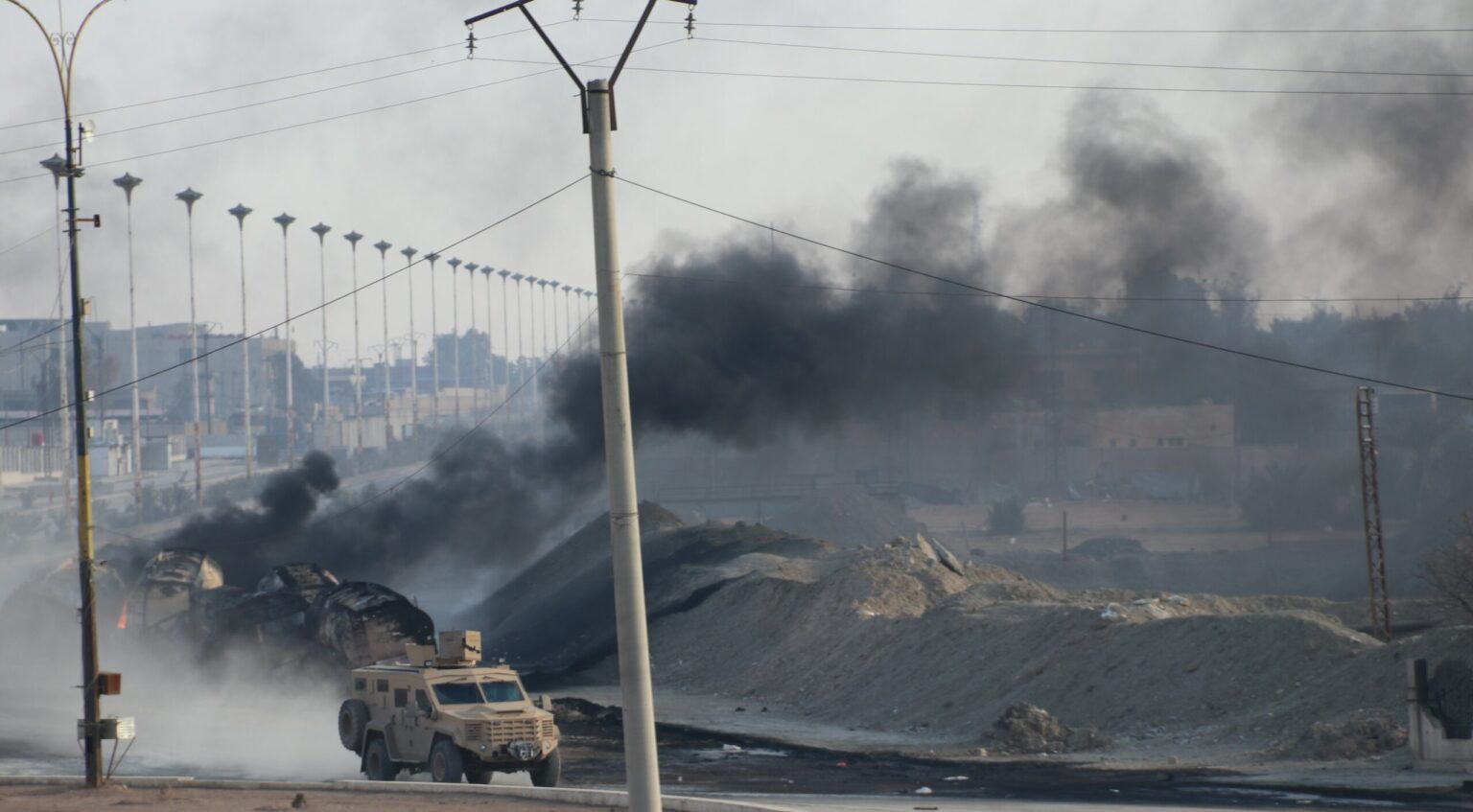 ISIS terrorists have freed 800 of their comrades and killed 200 fighters of the US-backed Syrian Democratic Forces (SDF) since the beginning of their attack on Geweran prison in the northeastern Syrian city of al-Hasakah, the terrorist group claimed in a lengthy report released by its news agency, Amaq, on January 23.

ISIS revealed that its cells kicked off their attack late on January 20 by blowing up the prison’s main gate and fence with two suicide vehicle borne improvised explosive devices (SVBIEDs). The terrorist group identified the suicide attackers as “Abu Abdurrahman” and “Abu Farooq”. The group described both of them as “Muhajirun,” meaning they were not Syrian citizens.

At the same time, the second group stormed the prison. The third and fourth groups blocked all nearby roads and clashed with reinforcements sent by the SDF.

Amaq released on January 22 horrifying footage showing the first hours of the attack, around a dozen dead SDF fighters and some two dozen others who were captured alive.

The attack, which began as an operation to free ISIS captives, ended up with the terrorist occupying the prison and nearby areas.

As of January 23, clashes are still ongoing in Geweran prison and nearby areas. The SDF secured several areas with direct support from the US-led coalition’s attack helicopters, combat drones, fighter jets, artillery and infantry fighting vehicles. However, the battle may not end soon.

According to the most recent update by the London-based Syrian Observatory for Human Rights, the battle in al-Hasakah city has so far claimed the lives of 77 ISIS terrorists, seven civilians and 39 personnel of the SDF and its security forces.