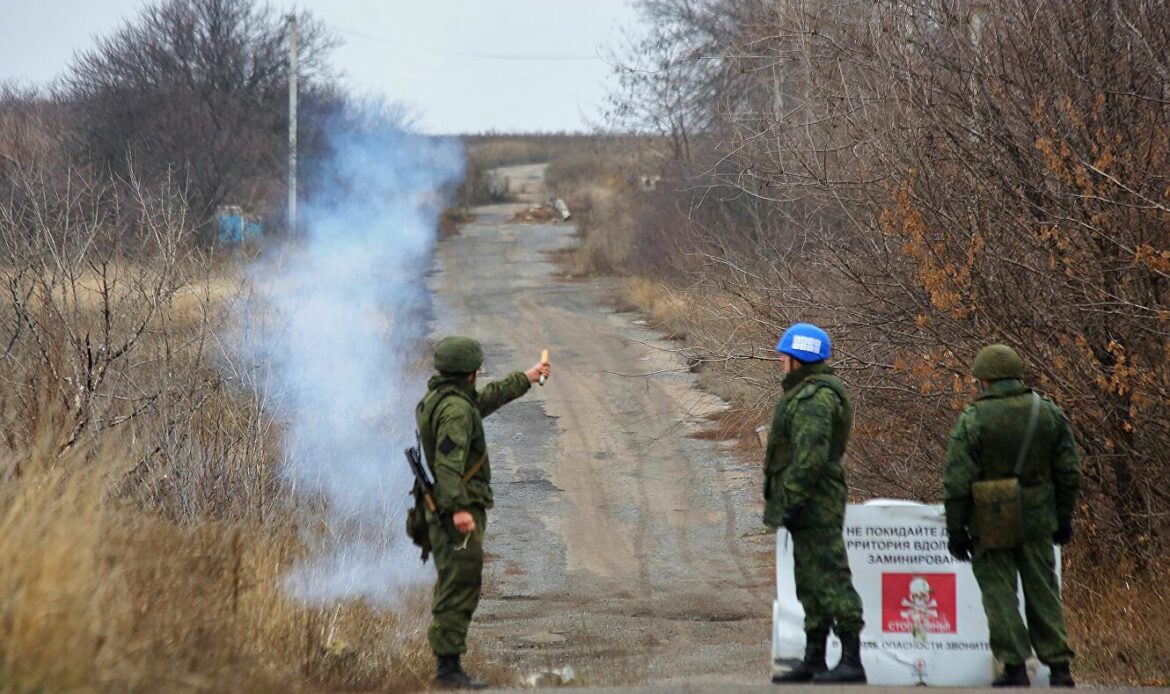 Moscow will not tolerate any provocations from the Ukrainian government or the West in the Donbass region, the head of the Russian delegation in Geneva Konstantin Gavrilov has stated in an interview with the YouTube channel “Izolenta live”. He added that similarly the Kremlin will not tolerate any attacks against Russian citizens who live in this region.Gavrilov stressed that Russia issued this warning “loud and clear” across news media outlets. He added that the West and Kiev are trying to create an informational cover-up for these provocations by continuing to accuse Russia of planning an invasion of Ukraine.

Russian Defence Minister Sergei Shoigu stated on 21 December that Russia was aware of the presence of at least 120 employees of American private military companies (PMCs) in Ukraine and that they were moving unidentified chemical components to the cities of Avdeevka and Krasny Liman. These two cities are located not far between the buffer zone separating the Ukrainian Armed Forces and the self-proclaimed Donetsk and Lugansk People’s Republics.

Shoigu said this was done to commit provocations in the Donbass region.

The US Department of Defence challenged Shoigu’s statements calling them “completely false”. The Pentagon’s spokesman did not elaborate what specific parts of Shoigu’s statements were false and how the Department of Defence knew that.Gavrilov’s warnings against Kiev and the West about provocations in the Donbass region come amid continuing tensions around Ukraine. Western nations have accused Russia of amassing its troops near the border with Ukraine and expressed concerns that Moscow might be planning an offensive. The Kremlin strongly denied these allegations and lashed out at the criticism noting that Russia has the sovereign right to move its armed forces as it pleases within the bounds of its territory.

Earlier this month, Russian diplomats met with their counterparts from the US and NATO to discuss ways of reducing the tensions and returning to strategic stability. Moscow forwarded its proposals, which included the mutual refusal to deploy certain armaments near each others’ borders as well as the demand to prevent the further eastward expansion of NATO.NATO rejected most of the proposals, but the US still positively reviewed the January meetings, calling them the start of a dialogue. Washington promised to give a written response to Russia and make proposals of its own. At the same time, the West has not toned down its rhetoric of suspecting Russia of planning an invasion of Ukraine. The US drafted a list of options for responding to such an offensive, which included sanctions against Russia of varying severity.