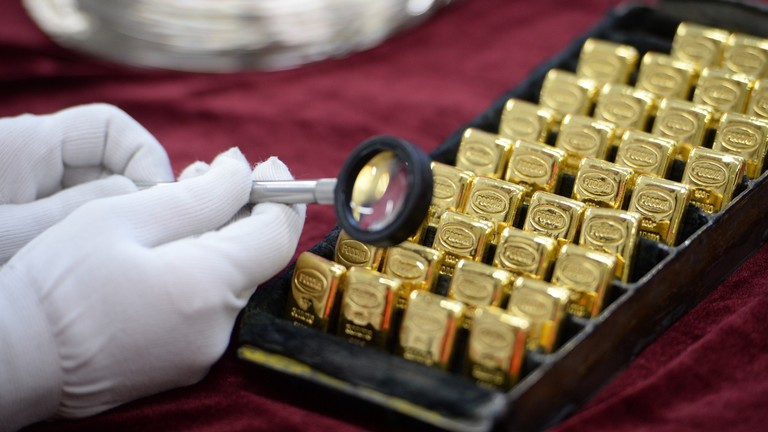 The country now has the world’s fourth-largest forex holdings

Russia’s foreign exchange reserves surged by $7.7 billion last week, with its total holdings reaching a record $638.2 billion, according to the country’s central bank.

From January 7 to 14, its international reserves grew by 1.2%, according to the latest data from the regulator. On January 7, their volume had amounted to $630.5 billion.

The surge was reported to be the result of planned purchases of foreign currencies and a positive market reassessment.

The increase has seen Russia move up from fifth to fourth place in the tally of the world’s largest foreign reserve holders. The change is also due to India – which previously held the fourth-largest reserves – having reduced its stockpile during the first week of January. The ranking may change yet again when other nations update their figures.READ MORE: Russia continues US debt dump-a-thon

Russia’s international reserves consist of monetary gold, foreign currencies, and special drawing rights, the last of which are at the disposal of the central bank and the government.

Over the past six years, the central bank has nearly doubled its reserves. They had plunged to $356 billion in 2015 due to the government’s efforts to bail out the economy during the 2014 oil price crisis.