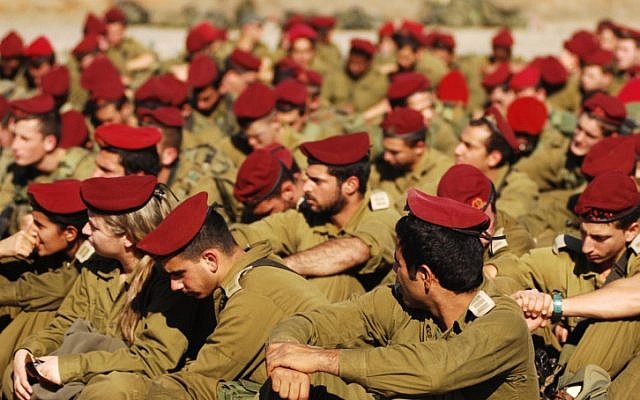 Trust in the IOF lower than ever: Analysis

According to the 2021 Israeli Democracy Index, the Israeli public’s faith in the IOF is declining, with the level of confidence reaching a record low of 78 percent in October 2021, down from 90 percent in June 2021.

The data shows erosion of trust in other Israeli institutions as well, including the presidency, the Knesset, the government, and the judiciary.

While the IOF promotes its image as “Israel’s” powerful military force, the results show a significant change in public perception of its role. An increasing number of people are criticizing the establishment for its budget, lack of proper living conditions, and inability to deliver on its main promise: security.

Along with concerns and complaints, the matter of the military’s budget, and, more crucially, the substantial pensions of former IOF commanders, is one of the most contentious issues in public discourse today.

Soon after the state budget was adopted in 2021, the Security Ministry asked and secured an additional 7.4 billion shekels.

The Finance Ministry recently announced that the average overall value of a pension provided to a retired IOF commander is 8.8 million shekels, compared to 1.7 million shekels for public employees.

Former colonel Ronen Itsik says “The army should show sensitivity and respond to criticism and the public outcry. This hasn’t happened. “

But it has become clear that sensitivity is not the IOF’s strongest suit.

Istik also adds that a drop in ratings happened after the 2006 Lebanon war when the IOF experienced severe problems in this respect; “the reservists were mistreated, there was a lack of funds and supplies.”

Amos Gilad, the executive director of the Institute for Policy and Strategy (IPS) and chair of the Annual Herzliya Conference Series at Reichman University, says another controversy stirred by the IOF is due to tension between combat role service and technical service roles.

When nothing occurs on the security front, many Israelis question why such a large portion of their tax money should go to the military.

“The [IOF] chief of staff said recently that the most important and valuable service is in the combat units, rather than in technological ones such as Unit 8200. So, if he really means it, he should raise the salary of these [combat] soldiers by five or even eight times. But the words have not been followed by deeds for now,” says Gilad.

In his opinion, the “good news” is that the Israeli public “still thinks there is no substitute” for the IOF.

The “good news” for the occupation might take a different turn soon though, as its future battles involve Hezbollah in the north, Gaza in the south, and Syria all simultaneously.

He explains that there aren’t any more “grand victories” like in the past, and there won’t be in the future.

Poll: The IOF did not win its last wars

Last month, an opinion poll conducted by the Israeli Institute for National Security Studies and published by the i24NEWS website indicated that the majority of the Israeli society considers that the Israeli occupation did not win the last war on Gaza.

Zipi Israeli, a senior research fellow at the Institute, said a similar survey was conducted after the July 2006 war on Lebanon and the results were identical.

According to the poll, the majority of Israelis feel that the IOF is no longer able to win the wars it engages in especially in the last two decades, indicating that establishing an equation of calm and no casualties has become tantamount to victory in the war.

Last week, Israeli media released polls indicating that most Israelis do not support a plea bargain for Benjamin Netanyahu.

Netanyahu is on trial since 2020 for corruption, bribery, breach of trust, and fraud.