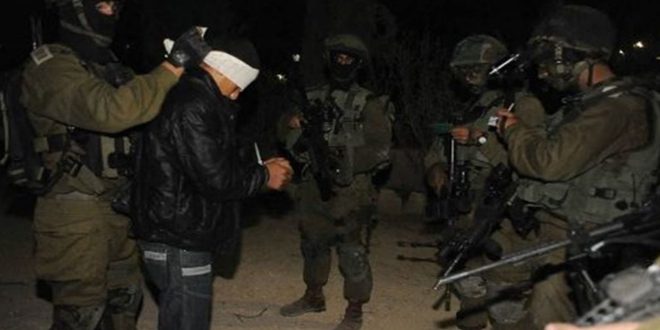 Occupied Jerusalem, SANA-Four Palestinians were arrested by the Israeli occupation forces on Monday in several areas of the West Bank

The occupation troops raided the towns of Naalin, Kharbatha al-Misbah and Budrus west of Ramallah, and Jaba’ town south of Jenin, and they arrested four Palestinians, Wafa News Agency reported.

On Sunday, the occupation forces arrested four Palestinians in Tulkarm, the West Bank.