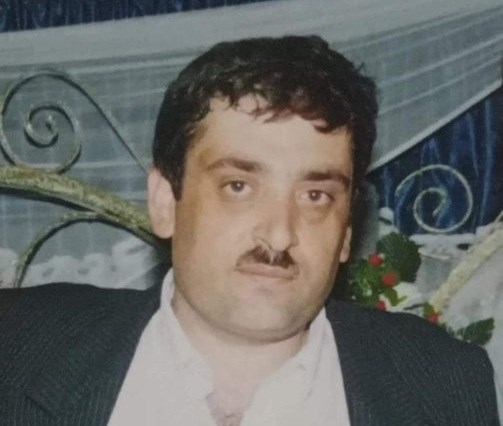 57-year-old Palestinian Fahmi Hamad was martyred a few hours after he suffocated from the tear gas fired by the IOF.

Palestinians gathered to attend the funeral of martyr Fahmi Hamad, who lost his life just a few hours after suffocating from the tear gas that was heavily fired by Israeli occupation forces during the violent storming of the Qalandia refugee camp, north of occupied Al-Quds.

The martyr, 57, has been a lifelong resident of Qalandia from which he hails.

Local Palestinian media reported Monday that six Palestinian youths were wounded and another was arrested in the Qalandia refugee camp.

The Red Crescent reported that its crews witnessed six injuries by rubber-coated metal bullets, stating that they treated three people on-site and transferred three others to Ramallah Governmental Hospital.

Local sources said the Israeli occupation forces, who fired tear gas canisters, arrested Ahmad Mutair, after severely assaulting him during confrontations that erupted at the entrance to the camp between the IOF and young men.

The sources added that the occupation forces stormed the refugee camp and closed the Qalandia military checkpoint in both directions, preventing citizens and vehicles from passing through it, which caused a stifling traffic jam.

It is worth mentioning that Israeli brutal attacks against Palestinians are frequent and continuous. Settlers stormed Saturday night the village of Qira, north of Salfit, in occupied Palestine.

The Israeli settlers damaged a number of vehicle tires and sprayed racist anti-Arab slogans, including death threats to Palestinians.