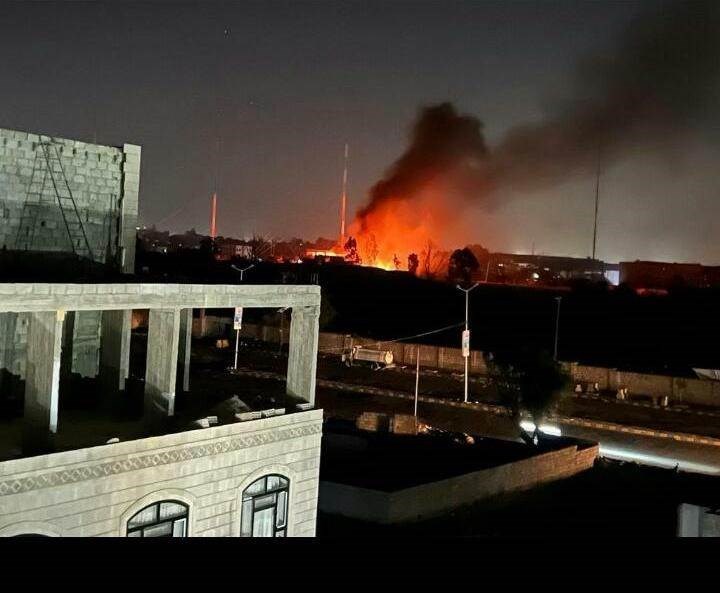 Yemen: 20 coalition airstrikes on Sanaa and its vicinities

A number of strikes targeted Sanaa International Airport and Al-Daylami Air Base.

Our correspondent confirmed that more than 20 coalition airstrikes were launched on the capital and its surroundings, a number of which targeted Sanaa International Airport and Al-Daylami Air Base.

The coalition warplanes also launched 5 strikes on the Al-Sabaha area in the Bani Matar district, west of Sanaa, and on the Al-Nahdin area, in addition to two raids on the Al-Hafa area, south of the capital.

On Tuesday, the Saudi-led coalition has targeted telecom towers in Sanaa and Dhamar.

Coalition aircraft destroyed the telecom grid southeast of Sanaa and telecom towers in Dhamar Governorate, south of Sanaa, launching seven strikes south of Sanaa, and two strikes to the north of the capital.

Yemen’s armed forces targeted the UAE for the second time Monday, along with Saudi Arabia, in retaliation against the coalition’s massacre in Saada, which left more than 90 martyrs.