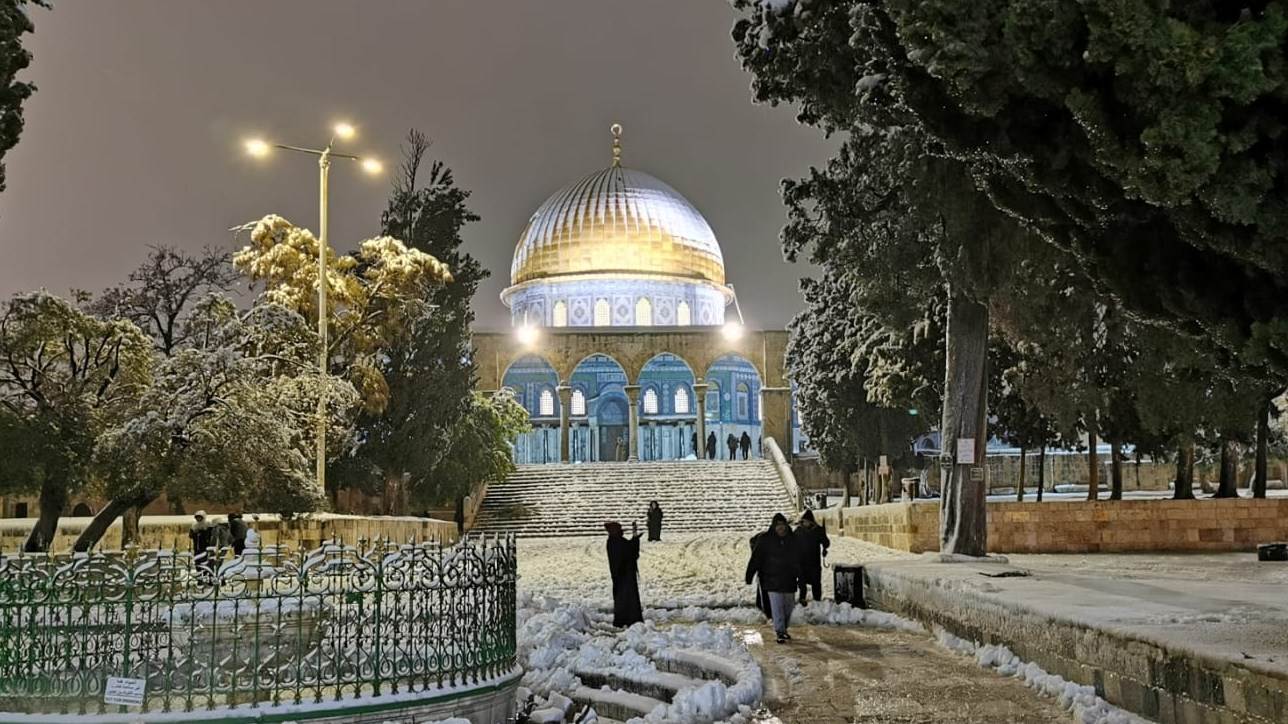 The Israeli occupation forces arrest 24 citizens from different parts of the occupied city of Al-Quds, including a young citizen for raising the Palestinian flag while enjoying the snow.

The Israeli occupation forces arrested a young Palestinian from occupied Al-Quds from inside the courtyards of Al-Aqsa Mosque for raising the Palestinian flag while the citizens celebrated the snow.

Young Palestinians had raised Palestinian flags on the walls of Al-Quds to celebrate the snow.

Last night, the Israeli occupation police carried out a campaign of arrests that targeted 23 residents of occupied Al-Quds from different parts of the city, most of whom are freed prisoners, including a young man who was hit by a rubber-coated metal bullet before his arrest.

This morning, a young man was arrested from the courtyards of the blessed Al-Aqsa Mosque.

The Department of Islamic Endowments in Al-Quds had reported that “dozens of settlers and students of Talmudic institutes stormed Al-Aqsa Mosque from the side of the Mughrabi Gate, in groups, and performed rituals in the eastern side of it.”