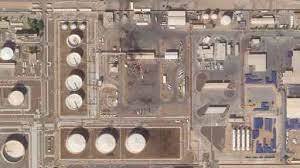 The UAE authorities are forbidding the spread of any footage showing missiles in the country’s airspace on social platforms.

The UAE Public Prosecutor’s office said on Wednesday that it had summoned several people for sharing videos of defense systems intercepting a missile attack by Yemen’s Armed Forces on Monday.

“The Public Prosecution warned that such (video) clips endanger vital and military installations, and can impact the security and stability of society,” a statement on state news agency WAM said. It did not specify how many people were summoned or what the current status of those summoned was.

“The Public Prosecution will carry out its responsibilities in applying the law in all firmness towards these crimes and the perpetrators,” the statement said.

Following an earlier deadly strike on a fuel depot, Monday’s strike on a base in Abu Dhabi hosting US forces was thwarted by American-built Patriot interceptors.

Unverified social media footage appeared to show moving lights from anti-projectile defense systems being fired into the pre-dawn sky over the UAE capital that day.

The Public Prosecution has stated that “deterrent legal measures” will be taken against those who publish such material in the UAE, which prides itself on being a safe business haven and global tourist destination.

According to a senior Emirati diplomat, the UAE may upgrade its military capabilities in the aftermath of the Yemeni retaliatory strikes.