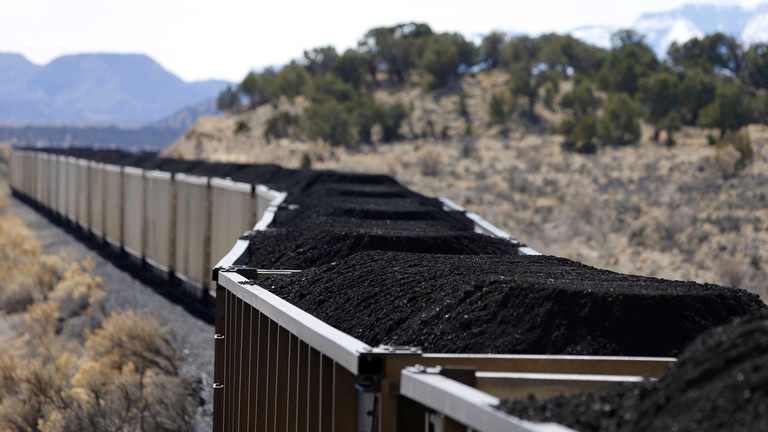 Global coal prices jumped by over a third in January, edging toward record highs reached in October 2021, due to supply shortages and tensions between Russia and Ukraine. The benchmark Newcastle coal index rose to $262 a ton.

The coal market reacted to a month-long export ban by major supplier Indonesia, which halted deliveries following new domestic market sales regulations at the peak of the European heating season. The ban is due to be lifted on January 31, but experts are uncertain about the volume of coal the markets may expect, with Indonesian authorities saying only miners that have complied with the new laws will be allowed to resume exports.

There are also worries over the outcome of the Russia-Ukraine crisis. The reported increase of Russian troops near Ukraine’s border has been met with outrage in the West, which threatened Moscow with sanctions in the event of a military conflict.

Some experts speculate that Russia may cut off gas supplies to Europe in response to sanctions. If that happens, Europe, which is already short on gas, with the commodity prices nearly doubling in the past months, may start loading up on coal, analysts say. According to data from UK oil and gas giant BP, European utilities have already stepped up imports of coal since mid-2021, after reducing their share of global coal use to 6.2% in 2020 amid a push towards greener energy.

Projections from commodity flows tracking firm Kpler show that Europe is due to import some 5.58 million tons of thermal coal this month, the highest monthly figure since 2019 and over 1 million tons more than the monthly average for 2021 coal imports. If this buying spree continues, coal prices will keep rising, squeezing the market already tight from high demand in two major coal consumers – China and India. Last year’s coal price records were reached because of shortages in these two states amid cold weather and booming post-Covid-19 pandemic industrial demand.

Analysts expect coal prices to retreat in February, as the heating season in the Northern Hemisphere draws to an end, but they claim this could change if Russia halts gas deliveries to Europe or stops coal exports.

Ukraine was once a major producer of coal, with some 50% of the commodity mined in its eastern regions, which broke away in 2014. The two self-proclaimed republics of Donetsk (DNR) and Lugansk (LNR), both on the Russian border, declared independence from Ukraine and remain at a standoff with Kiev. Amid the conflict, many mines had been shut down and coal production dropped. The breakaway republics halted coal shipments to the rest of Ukraine, which forced Kiev to import the commodity for power generation from the US. This is much more expensive due to freight costs, which resulted in a spike in power prices. However, coal exports from the regions have been gaining momentum recently, up 26.8% last year after Russia allowed quota-free imports from the breakaway republics.