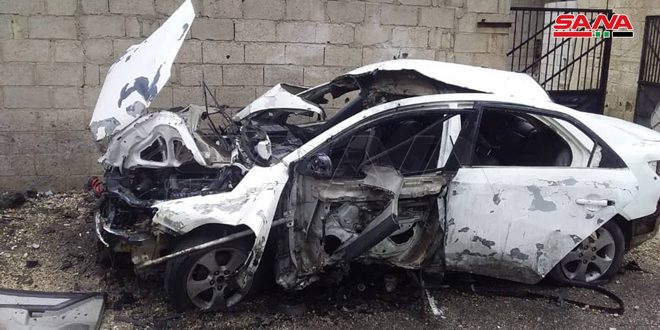 Aleppo, SANA- A number of civilians were injured in blast of an explosive device, planted in a car, in Rajo district that is occupied by Turkish occupation forces and its mercenaries in the vicinity of Afrin city, Aleppo northern countryside.

Local sources told SANA that an explosive device, planted in the car of one of the leaders of the mercenaries affiliated to the Turkish occupation, went off in the middle of Rajo district in the vicinity of Afrin city, causing injury of a number of civilians, including a girl who was seriously injured, in addition to material damage to the place.

The sources pointed out that the explosion came in the framework of the ongoing infighting among the terrorist groups affiliated to the Turkish occupation, competition for areas of influence, distribution of stolen goods, and control of illegal passages to smuggle the stolen goods into Turkish territory.