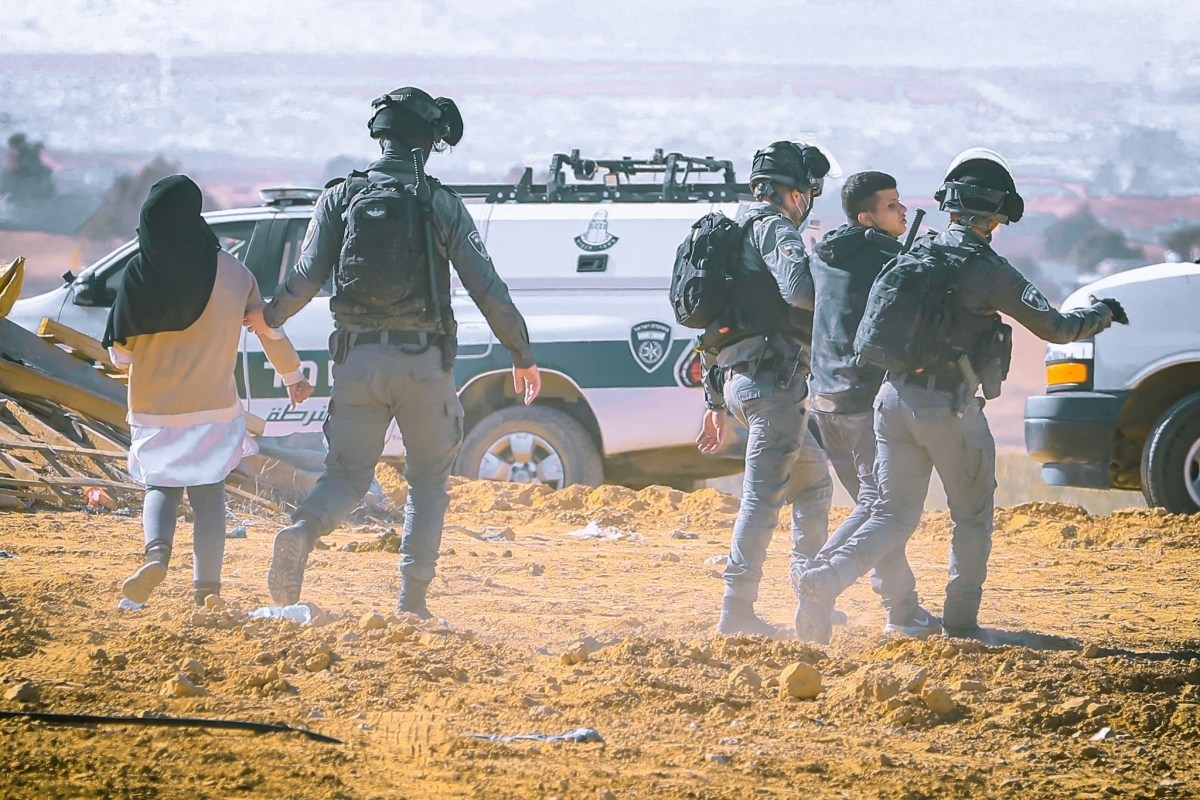 The IOF suppress a solidarity stand in Khan Al-Ahmar in solidarity with the people of Al-Naqab.

The Israeli occupation forces suppressed a solidarity rally in Khan Al-Ahmar with the people of the Al-Naqab on Sunday against the bulldozing of their lands, homes, and villages.

Palestinian media reported that many activists were attacked by the IOF including the people of Khan Al-Ahmar.

The occupation forces also fired tear gas at the participants in the solidarity stand, which led to cases of suffocation.

Simultaneously, Hamas spokesman Fawzi Barhoum said that the occupation’s practices against the Palestinian people in Al-Naqab are ones of extremist racism and target the identity and existence of the Palestinians.

Barhoum assured that they are betting on the steadfastness and sacrifices of the people in Al-Naqab and the occupied lands in defending their territory and confronting aggression, adding that “we affirm their right to uphold their rights and resist the occupation in all ways.”

The spokesman stressed that the continued popular and national support from all Palestinians and factions and forces to the people of Al-Naqab is a duty on us all.

The Israeli occupation forces demolished for the 193rd time the village of Al-Araqib in the Al-Naqab region as its residents continue to reconstruct it following repeated demolitions since 2000.

It is worth noting that the previous round of demolitions took place on September 2.

This is the 11th time that the Israeli occupation forces have demolished the tents of Al-Araqib residents, since the beginning of 2021. In response, the residents reconstruct their homes every time from scratch using wood and nylon to protect them from the extreme heat in summer and the bitter cold in winter, and to stand up against the plans of uprooting and displacing them from their land.