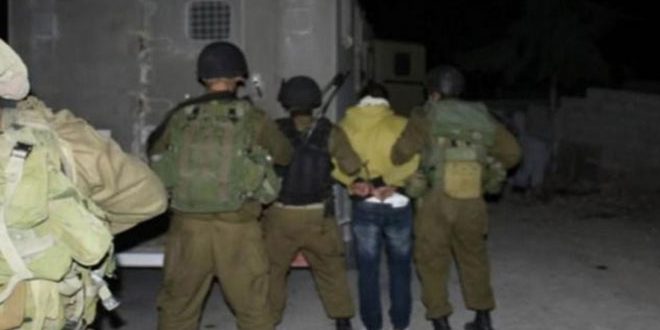 The occupation troops stormed a number of neighborhoods in the cities of Hebron, Jenin and Jericho, and the towns of Beit Anan in occupied Jerusalem, Beit Fajjar and Deir Sammit in Hebron, Qarawat Bani Hassan in Salfit and Shuqba and al-Jalazone refugee camp in Ramallah, and they arrested 25 Palestinians, according to Maan News Agency.