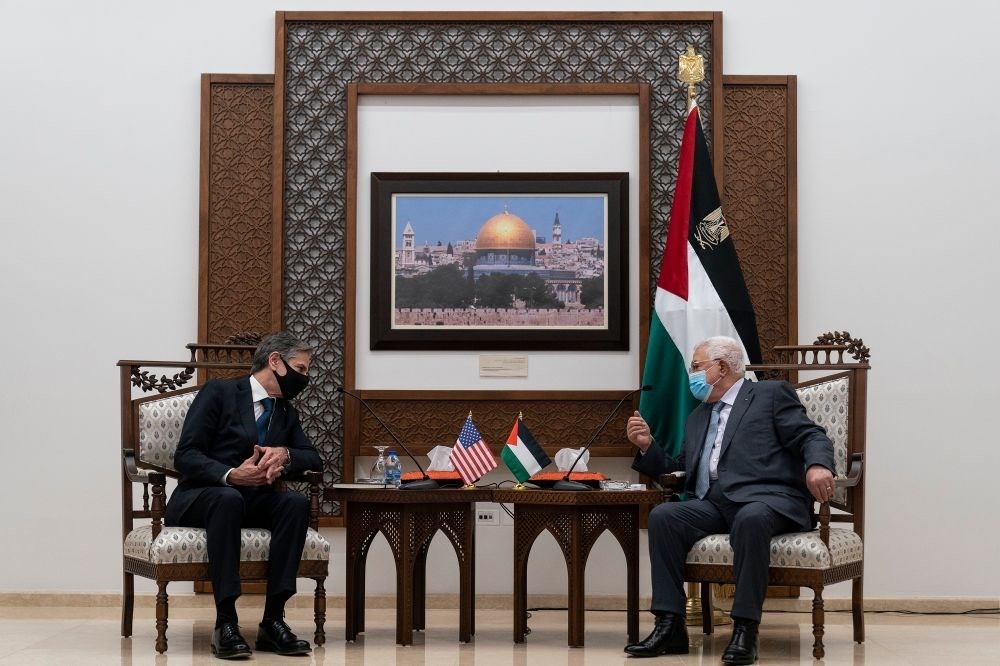 In a phone call with US secretary of state Antony Blinken, PA President Mahmoud Abbas reiterates that “Israel” must stop the abuse of prisoners and the withholding of taxes, among other things.

US secretary of state Antony Blinken urged ‘reform’ within the Palestinian Authority (PA) during a phone call with PA President Mahmoud Abbas, the Foreign Ministry said in a statement.

Despite Israeli opposition, the Biden administration restored aid to the Palestinians and promised to reopen the consulate, with Abbas calling for changes to a variety of measures, most notably payments made by the PA for Palestinian detainees held in Israeli occupation prisons.

At the State Department press briefing, US State Department spokesperson Ned Price did not mention payments made to Palestinian prisoners but stressed that Blinken discussed the need for ‘reform’ within the PA.

A readout of the phone call from Abbas’s office did not mention the request for reform, stressing that Abbas had told Blinken, “Israel must stop the abuse of prisoners, the withholding of taxes, settlement activities, and settlers’ attacks.”

Since 2018, the Israeli occupation has been holding back some tax funds it collects for the Palestinian Authority and pays to the families of Palestinian prisoners.

Price added that Blinken had also spoken separately with Israeli Foreign Minister Yair Lapid on Monday, discussing with him Ukraine, Iran, and issues relating to Palestine.

During the phone call, the US secretary of state reiterated security commitment to “Israel”.