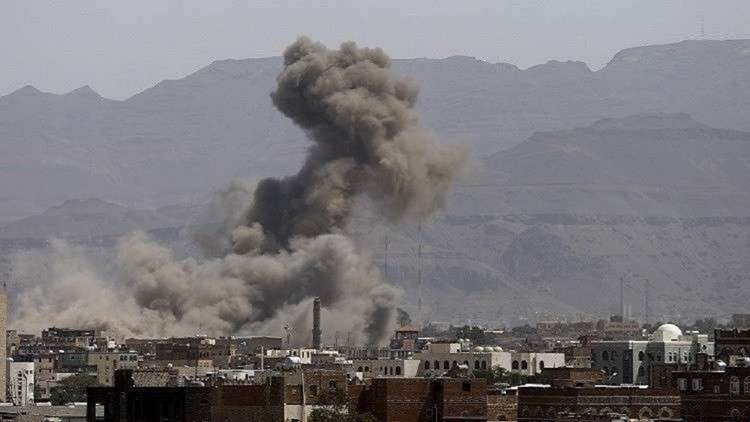 Yemen: Dozens of raids by Saudi coalition in 24 hours

The Saudi-led coalition launched 38 raids on the governorates of Marib, Taiz, Al-Jawf, Hajjah, and Abyan during the past hours. The coalition launched 17 missiles on Al-Wadi, Al-Juba, Madghal, and Raghwan districts in Marib, and conducted two raids on Jabal Habashi District in Taiz, southwest of Yemen.

A Yemeni military source reported that the coalition forces monitored 152 violations in Al-Hudaydah, western Yemen, during the past 24 hours, distributed between 34 violations by artillery shelling and 111 violations by various bullets.

It is noteworthy that the Yemeni Armed Forces Spokesperson, Brigadier General Yahya Sare’e, warned the UAE in a tweet in which he wrote: ” #Expo… With us, you could lose… we advise you to change your destination???”

So did the Undersquote tweeting the tweet, adding the caption: “It seems that Dubai is more beautiful… will our forces participate in the expo, especially that they have what is worth showcasing?”

The head of the Yemeni delegation, Mohammad Abdulsalam, said on Twitter the member states to the coalition “make the mistake of considering security a matter exclusive to them while taking aggressive action against Yemen and imposing a blockade upon it.”

“As the coalition’s aggressive acts continue, either everyone enjoys security and stability, or no one does.”