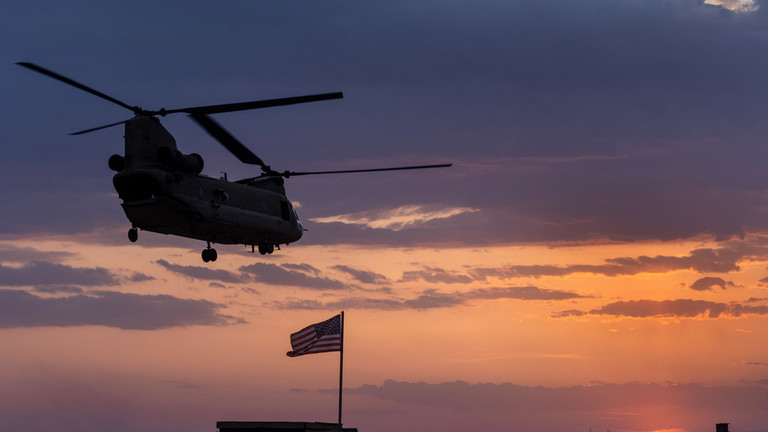 Civilian deaths reported in ‘successful’ US op in Syria

The US military has confirmed it conducted a counterterrorism operation in northwestern Syria. Pentagon Press Secretary John Kirby was short on details, calling the mission a success and saying the American troops suffered no casualties. Sources on the ground described a large gun battle to the media and said some civilians were killed.

The US raid targeted a house in the village of Atmeh in Syria’s Idlib province near the border with Turkey, the Associated Press said, citing local sources. The operation involved helicopters, explosions, and machine gun fire, residents told the agency on condition of anonymity.

The US did not immediately offer a casualty count for non-US parties. A local reporter cited by AP said he saw at least 12 dead bodies at the site. The same figure was cited by Al Jazeera sources, which said the fatalities included seven children and three women. The UK-based Syrian Observatory for Human Rights cited its sources as saying that at least nine people were killed, including two children and a woman.

Witnesses cited by AP and Al Jazeera said the assault was the largest by US forces in Idlib since the October 2019 operation to kill Abu Bakr al-Baghdadi, then-leader of the terrorist group Islamic State (IS, formerly ISIS).

An AP source in the Pentagon said the US lost at least one helicopter during the mission. The aircraft malfunctioned and had to be destroyed by exploding it to keep it out of the hands of the militants.

Idlib remains one of the few areas of Syria not under government control. The region is dominated by various jihadist forces and was protected by the Turkish government from a takeover by Damascus. Ankara cited concerns over civilian casualties and a surge of refugees in case of a military operation to retake the city of Idlib.

The US did not disclose who the Wednesday evening operation targeted. Washington maintains a military presence in Syria, claiming it is necessary to keep IS from resurging.

It also backs the predominantly Kurdish forces in northeastern Syria to deny Damascus control over that part of the country. Washington has imposed harsh sanctions against the Syrian government, hindering reconstruction efforts.