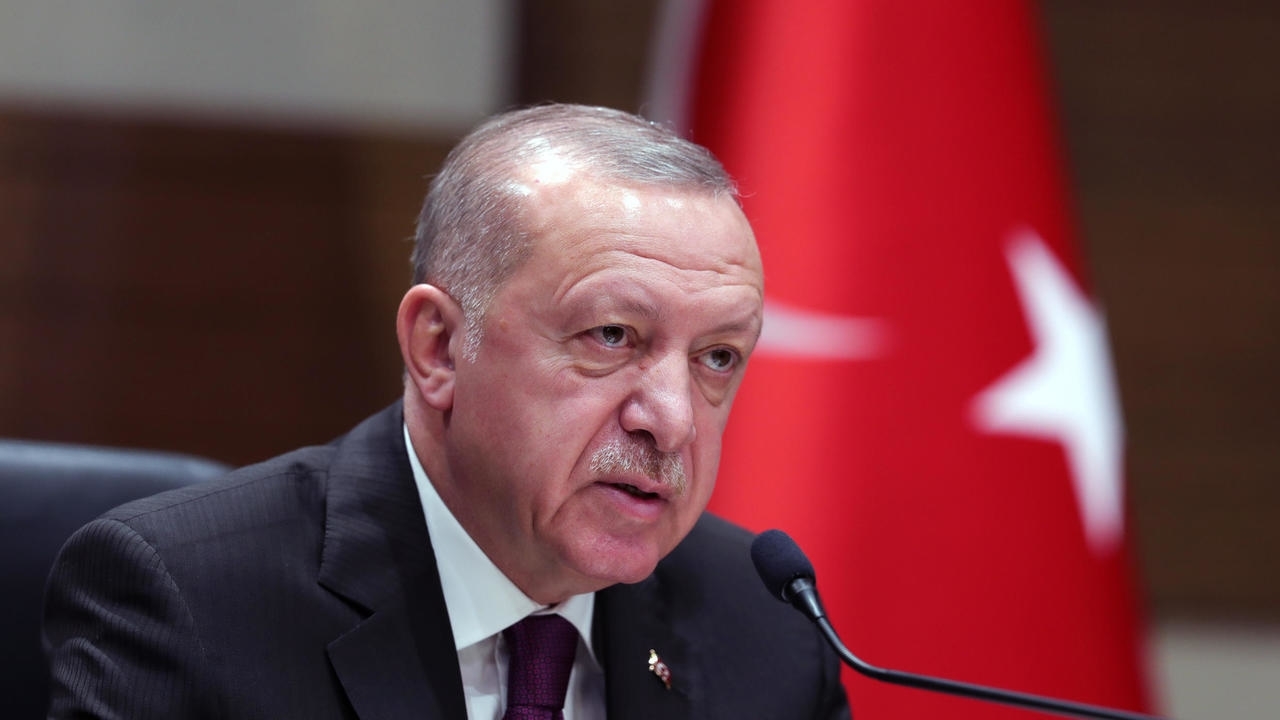 Turkish President Recep Tayyip Erdogan announces that the President of the Israeli occupation, Isaac Herzog, will visit Turkey in mid-March to improve relations.

Turkish President Recep Tayyip Erdogan announced on Thursday that the President of the Israeli occupation, Isaac Herzog, will visit Turkey in mid-March.

In a press conference, before he departed to Ukraine, Erdogan added that both sides “look forward to improving relations.”

Earlier, Erdogan made it clear that they aim to make progress through positive approaches regarding the possibility of cooperation with “Israel” in the eastern Mediterranean, stressing that “Ankara will do everything in its power if this matter is based on mutual profit.”

In early December 2020, Al-Monitor published a report that exposed a secret channel of talks between “Israel” and Turkey with the aim of improving relations between them.

It is noteworthy that after a dispute that lasted for six years, due to the Israeli attack on the Turkish Freedom Fleet in May 2010, the two sides resumed normal relations in June 2016.

When talking about the Turkish-Israeli relations, the economic, commercial, and tourism aspects, and the role of each of them in strengthening those relations, cannot be overlooked, especially when it comes to major global projects related to the field of energy. In addition, cooperation in the security and military fields is a mainstay in the relations between the two parties.

Erdogan: We are closely following the tension between Russia and Ukraine

In a separate context, before leaving for Ukraine on an official visit at the invitation of his counterpart Volodymyr Zelensky, Erdogan affirmed his country’s call on all parties in the Russian-Ukrainian crisis to exercise restraint and dialogue in order to establish peace in the region.

Erdogan added that Turkey is closely following the tension and expresses its support for Ukraine’s “territorial integrity and sovereignty.”

In its turn, the Turkish Foreign Ministry clarified that in this context it does not recognize the “illegal annexation” of Crimea by Russia, while in Donbas, eastern Ukraine, it supports finding a peaceful solution in accordance with international law.

The Ministry stressed that the reciprocal steps that will be taken during the 10th meeting of the High-level Strategic Council, to be held today, Thursday, in Kiev, on the sidelines of President Recep Tayyip Erdogan’s visit, will contribute to expanding and deepening bilateral cooperation. The Ministry also highlighted Turkey’s desire to further develop cooperation with Ukraine in all areas for the wellbeing and safety of both countries.