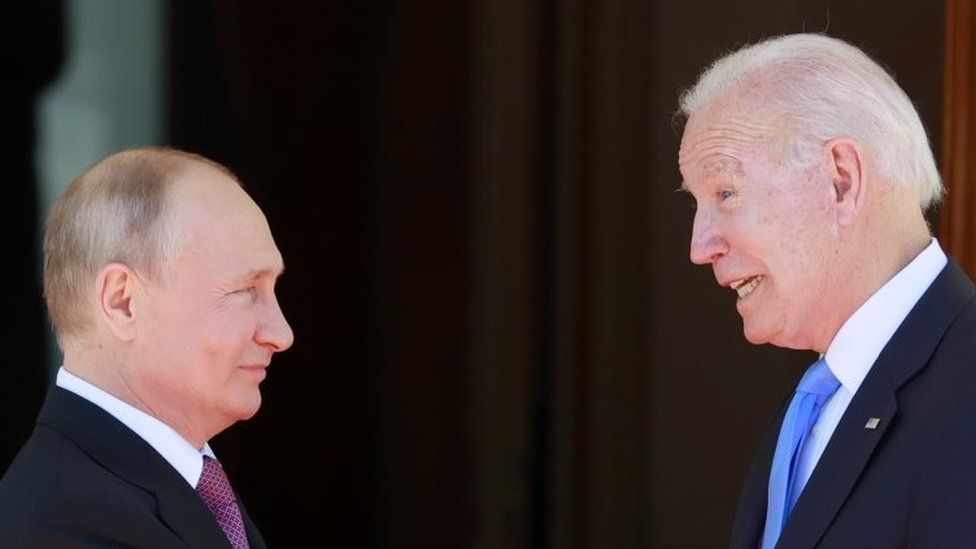 Like Cuba in 1962, is Ukraine a chessboard for superpowers?

The diplomatic situation and military buildup between the US-NATO and Russia over Ukraine seems to be taken out of an old drama called The Cuban Missile Crisis, which was one scene from the Cold War of 1947-1989.  The difference in this new revised version of the drama is the main roles are reversed.

Not lost on the similarities between then and now, is the fact the 1962 Soviet missiles had been boarded into the ships at Sevastopol, the largest city in Crimea and a major port on the Black Sea. This present crisis comes eight years after Russia annexed Ukraine’s southern Crimea peninsula.

The Cuban Missile Crisis is generally considered the historical point at which the US and USSR came closest to nuclear war. Three decades ago, the Cold War ended with the collapse of the Soviet Union and the establishment of the US as the world’s sole superpower.

During this period of the US sitting unchallenged, many military moves have been instigated by the US.  The attack on the former Yugoslavia was a US-NATO operation that had ‘regime change’ as a goal.  The US and coalition attack, invasion, and occupation of Iraq were based on lies by the US, and were for ‘regime change’.

One of the most important events of the Cold War was the Cuban Missile Crisis.  Nuclear war was averted by negotiations of the US and USSR sides, during the prolonged period of hostility between the two superpowers, with the use of militarization used to pressure the opposite side at the negotiation table.

A US spy plane on October 15, 1962, had discovered Soviet nuclear missiles in Cuba, off the Florida coast.  The missiles had a range of 1,609 km and could hit Washington, DC in less than 13 minutes. This posed a threat to the US and Canada and brought the entire world facing possible nuclear war.

The crisis was played out between October 16 to 28, 1962. Now, sixty years later, the world is facing another nuclear threat while all eyes are on the eastern border of Ukraine.

Castro was worried that the US would invade Cuba, and Khrushchev saw Cuba as a launchpad for an offensive against the US.  Castro agreed to the missile placement in the interest of national security.

Kennedy delivered a televised address to the nation on October 22 in which he announced the discovery of the missiles. He said: “It shall be the policy of this nation to regard any nuclear missile launched from Cuba against any nation in the Western Hemisphere as an attack by the Soviet Union on the US, requiring a full retaliatory response upon the Soviet Union.”

The negotiations in 1962 were carried out in secret and sought to satisfy both sides, while both parties are on military high alert.  Present negotiations are ongoing between Washington and Moscow.

Secret negotiations were carried out in an attempt to resolve the Cuban Missile Crisis in a way that would satisfy both parties, even as both parties postured with military forces on high alert and inflammatory speeches.

If Kennedy and Khrushchev had refused to negotiate, the Cuban Missile Crisis could have escalated to a dangerous level; however, Khrushchev’s decision to take the missiles away from Cuba and ship them back home ended a threat of nuclear war, and Kennedy agreed to remove missiles placed in Turkey and southern Italy, which targeted Soviet territory.

“Imagine that Ukraine is a NATO member and a military operation [to regain Crimea] begins,” President Vladimir Putin said. “What – are we going to fight with NATO? Has anyone thought about this? It seems like they haven’t.”

Moscow seeks legally binding security guarantees, including a block on NATO’s further expansion to the east, which is seen as a security threat.  Russia has asked for the removal of NATO offensive weapons and personnel from Ukraine and the cessation of military activities in Eastern Europe, the Southern Caucasus, and Central Asia.

Central Asia is near Russia, and in Uzbekistan, there was a bloody uprising instigated by the Muslim Brotherhood, in an attempt to overthrow the government not long ago.  After arrests were made, it was revealed that President Erdogan of Turkey, a NATO member, was involved. Erdogan’s AKP party follows the Muslim Brotherhood ideology.

NATO is a US-led western security apparatus that was founded to curb the USSR’s influence in Europe but remains active even though the Iron Curtain has long ago fallen.

For Russia, Ukraine’s interest in joining NATO amounts to a red line. Ukraine accuses Russia of backing a bloody rebellion in the eastern Donbas region, and Moscow accuses Ukraine of failing to implement an international deal to restore peace to the east while death and injuries continue there.

Putin has accused the US of trying to draw his country into a war in Ukraine, in a pretext to impose more sanctions on Russia, while ignoring Russian security concerns about NATO forces in Europe.

Russian Foreign Minister Sergey Lavrov has been called the greatest diplomatic of his time, and not surprisingly he seems to believe that a diplomatic solution is possible.  In his opinion, the US and NATO will realize that maintaining good relations with Russia is more important than Ukraine becoming a NATO member.

The US continues to accuse Russia of planning to invade Ukraine, but Russia repeatedly denies that.  A few of the European nations have come out with less than supportive comments of the US rhetoric, which some see as exaggerations or hysteria.  Trump had wanted to get out of NATO, and he still has

The Biden administration faces tough domestic challenges, one of which is Biden’s plummeting approval rating. The American people are deeply divided about many issues and some experts wonder if a war over Ukraine might be a chance to unify the country.  However, not all Americans are supportive of yet another war abroad, especially one which could turn nuclear.

Hungarian Prime Minister Viktor Orban in Moscow said: “It seems to me that the United States is not so much concerned about the security of Ukraine… but its main task is to contain Russia’s development. In this sense, Ukraine itself is just a tool to reach this goal.”

There is no European or EU stability without Russia, said Croatian President Zoran Milanovic, adding that “Russia is a factor in that equation, and we should have an agreement with Russia.” Milanovic accused the UK of “inciting” and believes that pushing Ukraine towards the confrontation with Russia is “irresponsible”.

Ukrainian President Volodymyr Zelensky warned on Tuesday that a Russian invasion would “not be a war between Ukraine and Russia – this would be a war in Europe, a full-scale one”.  In the end, what happens between the US and Russia will have its greatest effect on the civilians in Ukraine.