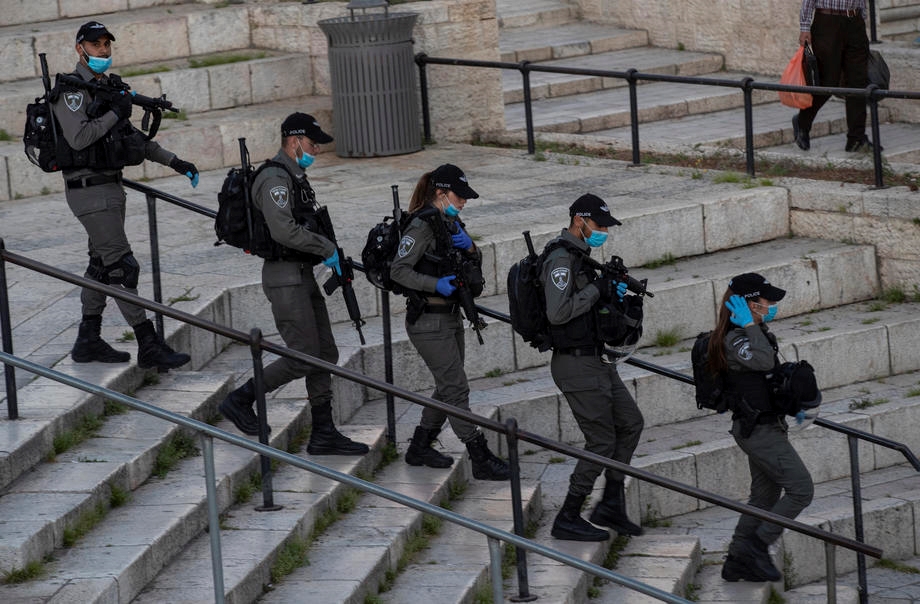 During the war on Gaza last May, “Israel’s” Shin Bet security service admitted using a tracking system to send threatening messages to Palestinians throughout occupied Palestine.

Israeli media reported Thursday that “Israel’s” Shin Bet security service admitted to using its tracking system to send threatening messages to Palestinians in both the occupied ’48 territories and the occupied West Bank last May during the war on Gaza.

According to Haaretz, the service confessed that the messages were sent to persons who were not accused of any wrongdoing and that the remarks were “inappropriately phrased”. It promised to improve its protocols on the subject.

During the war in May, thousands of occupied Al-Quds Palestinians and Palestinians from the occupied ’48 territories received SMS messages.

The text read, “You have been identified as someone who took part in violent acts at the Al-Aqsa Mosque. We will settle the score.” The text included a signature from the Israeli intelligence service.

Many of those who received the texts reported they were not in the vicinity of Al-Quds or Al-Aqsa Mosque at the time.

Days after the messages were issued, the Association for Civil Rights in “Israel” and the non-profit Adalah petitioned the attorney-general for clarification.

The Association for Civil Rights in “Israel” wrote that “sending texts messages to worshipers during prayer just to let them know they’re under surveillance in order to threaten or deter them is illegal, which exceeds the Shin Bet’s authority.”

The Justice Ministry answered on behalf of the Shin Bet eight months after the accusations, claiming that the purpose was to “thwart illegal activity meant to harm state security.” It did, however, acknowledge that the Shin Bet committed an “error in how the action was executed.”