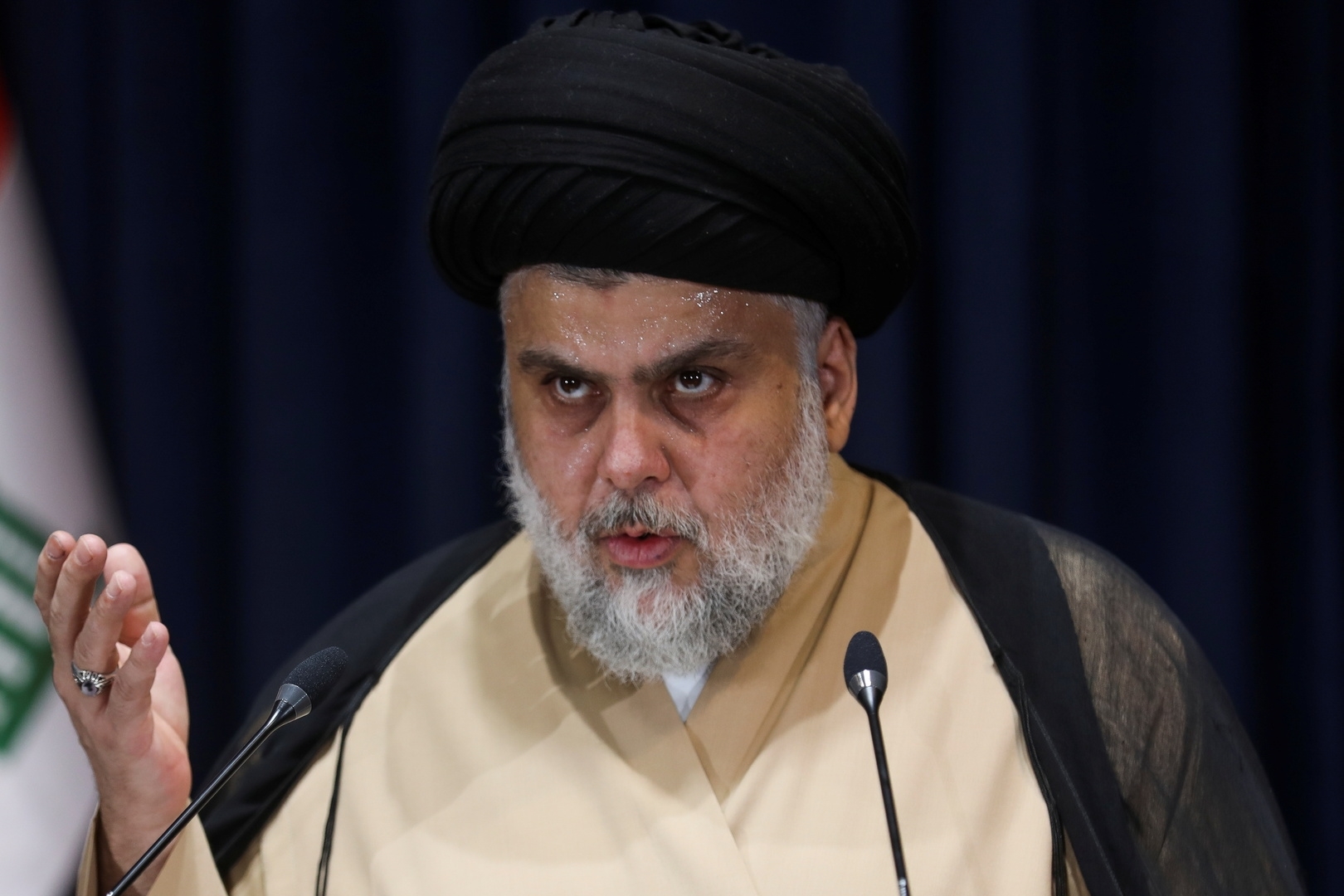 The Sadrist bloc, led by Muqtada al-Sadr, has decided to halt negotiations with all political blocs regarding the formation of a government.

The Sadrist bloc in Iraq announced Saturday the halting of negotiations with the political blocs regarding the formation of the government.

The bloc also announced its intention to boycott Monday’s parliamentary session to elect a president.

During a press conference, the head of Sadrist bloc, Hussein Al-Azari, told reporters that all talks with the parliamentary factions to form a future government had been suspended by an order of Sadrist bloc leader Moqtada Sadr, adding that its members wouldn’t attend Monday’s parliamentary session, with the exception of the first deputy speaker of parliament.

Earlier, Al-Sadr called on members of his bloc at the parliament to avoid voting for Kurdistan Democratic Party’s (KDP) candidate for the Iraqi presidency if he does not meet the required conditions.

This statement, issued by the leader of the biggest bloc in Parliament, sparked a debate about whether Zebari is running out of luck in terms of the number of votes he needs to become the sovereign.

The Federal Supreme Court, the highest judicial authority in Iraq, rejected the Coordination Framework’s appeal to the largest parliamentary bloc. Furthermore, Representatives Alia Nassif and Atwan Al-Atwani had recently filed a lawsuit against the largest bloc during the first session of the Iraqi Council of Representatives, which was held last December.